Current Location: Home > News > Official image of the Samsung Galaxy Tab S7 may have been leaked 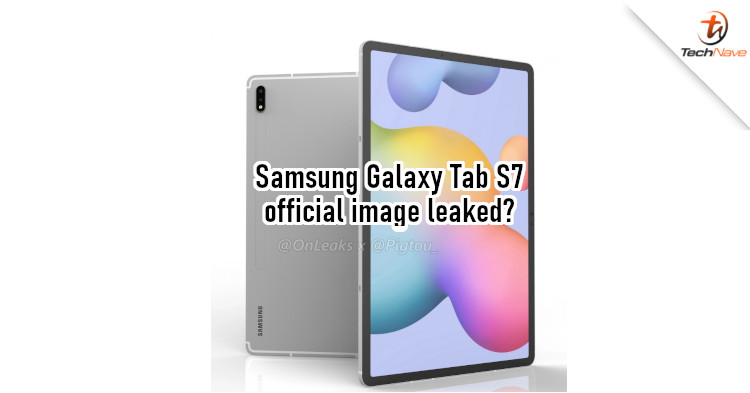 Many are looking forward to the new flagship smartphones from Samsung, but there are a few products that may be unveiled as early as next week. Rumours claim that the Galaxy Watch 3 and Galaxy Tab S7 series could be launching next week and now an official image of the company's latest tablet series may have been leaked.

Based on a new picture by leaker Evan Blass, the Galaxy Tab S7 series will be arriving with some accessories. There's an S-Pen, kickstand, and dockable keyboard in the image, with the keyboard likely to be an optional purchase. We couldn't see a front camera as it may be blocked by the S-Pen, but you can also see the bezel size, USB Type-C port, and two speakers at the bottom.

In terms of specs, expect both the Galaxy Tab S7 series to feature Qualcomm's Snapdragon 865 chipset. It should also have 6GB of RAM, a large screen size of up to 12.4-inch, and a massive battery of up to 10090mAh. The display used will be the typical Super AMOLED panel we normally see with flagship Samsung devices.

Overall, it feels like Samsung decided not to change too much when it comes to the design of the Galaxy Tab S7. With that said, would you consider getting Samsung's latest tablets when it launches? Let us know on our Facebook page and stay tuned to TechNave.com for more news.