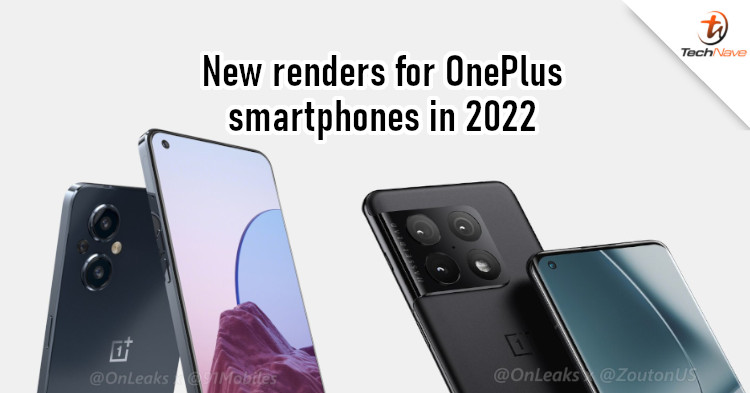 Yesterday, it was rumoured that the OnePlus 10 Pro could come with 125W fast charging. Since leakers already starting to talk about the device, OnePlus could hold a launch soon. Indeed, renders of two OnePlus devices have been spotted online.

Let's take a look at the big one first - the OnePlus 10 Pro. According to @OnLeaks, the next OnePlus flagship phone will come with a Hasselblad camera like its predecessor - the OnePlus 9 Pro. Its rear camera module consists of four cameras, while the front will have a punch-hole selfie camera. As for the display, it will be curved on the sides.

So, do you like the design of these upcoming OnePlus smartphones? Let us know if you have a different design you would have liked to see in the comments! Also, do stay tuned to TechNave for future updates about the two phones.