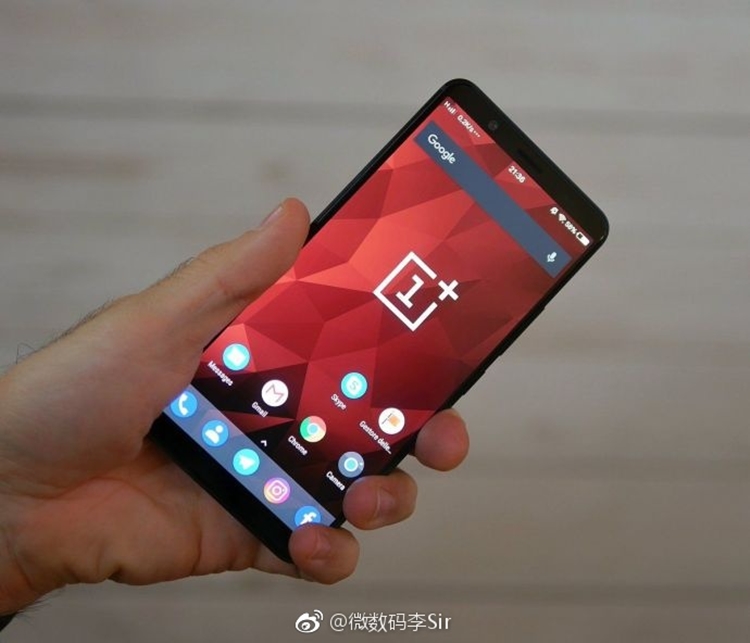 Just when we thought AnTuTu has got all the answers for us, the rumour mill has once again churned out some more unofficial leaks of the OnePlus 5T and this time, along with a cheeky post from OnePlus CEO, Carl Pei himself.

The alleged OnePlus 5T was seen once again on Weibo and this time on some leaked hands-on photos of the OnePlus 5T as well as a possible back render. The images clearly show the cool 18:9 full view display that the OnePlus 5T is notorious for as well as the reported fingerprint scanner right up on the back.

The dual-cameras are rumoured to have a 20MP+20MP configuration as mentioned in our previous little sneak peek. On another (and more official) note, Carl Pei, the CEO of OnePlus, was answering questions on Twitter when suddenly he posted a big teasing photo, hinting at a “great camera”. We have no idea what camera is he talking about nor what the subject of the photo is; but it seems only logical that he is talking about the next big OnePlus flagship killer device. Even if there is totally no mention of it thus far.

Regardless, it’s always exciting to anticipate the latest OnePlus devices and if it all plays out right, we might be seeing its official unveiling at the end of November. The Malaysian release and the official Malaysian price should follow shortly after that. So make sure to keep your browsers tuned to TechNave.com for the latest leaks and peeks.