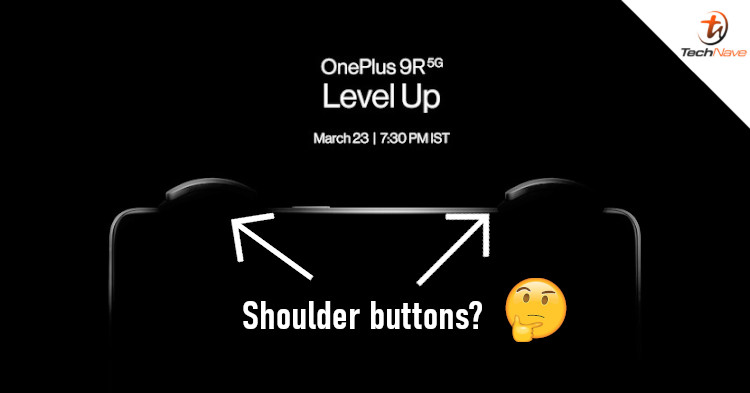 Set to launch on 23 March 2021, the OnePlus 9 series will have more than just flagship devices. So far, rumours indicate that the OnePlus 9R would be a lite model. Its exact specs may not have been officially confirmed, but it looks like it'll have some interesting features.

In a new teaser, OnePlus India hinted that the OnePlus 9R would have a focus on mobile gaming. Based on the teaser image, the phone could come with physical shoulder buttons, which are useful for games. Of course, it's also possible that the buttons are part of an attached accessory. In that case, the OnePlus 9 and 9 Pro will also have access to it.

Mobile gaming is about to level up. Get your game on this Tuesday, March 23. #OnePlus9R5G

However, the phone's rumoured specs are more for a mid-range device. Allegedly, the OnePlus 9R will feature a Snapdragon 690 chipset, 8GB of RAM, and 128GB of internal storage. The chipset is frankly not that powerful, but the phone is also expected to come with a 90Hz display and a 5000mAh battery. There will also be a 50W wireless charger that's launching with the phone.

We expect to see more teasers appear in the lead up to the launch, so do stay tuned to TechNave for more updates about the OnePlus 9 series. With that said, what are your thoughts on the phone so far? Would you get an accessory just for shoulder buttons? Let us know in the comments below!