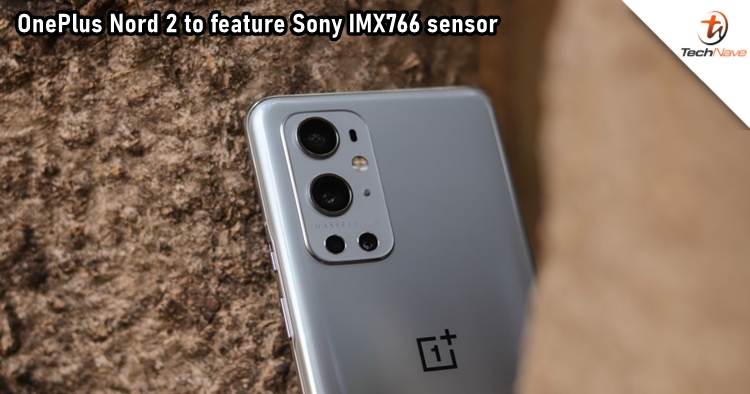 The OnePlus Nord 2 is supposed to arrive in the second quarter of the year but we are not getting enough information about the device. To break the silence, reputable tipster Digital Chat Station has brought new leaks today by sharing more about the camera specs and design.

According to the tipster's post on Weibo, the OnePlus Nord 2 will include a Sony IMX766 sensor in its camera setup. The same sensor is also used on the OnePlus 9 Pro’s 50MP ultra-wide lens and considered one of the best in the business. Besides that, the camera module is said to look similar to the brand's latest flagships by sporting a rectangular design. Meanwhile, the front camera sensor will be placed under a punch-hole cutout located on the top left of the screen.

As per Digital Chat Station, OnePlus is soon to launch a new Dimensity 1200-powered device. Left-aligned punch-hole, IMX766 sensor, the lower right lens is replaced with a flash (when compared with the OP9Pro). The price will be around Yuan 2000.#OnePlus #OnePlusNord2 pic.twitter.com/mSCAUkdHNP

Earlier, the tipster has claimed that the device will ditch Qualcomm's Snapdragon and use MediaTek Dimensity 1200 chipset. He also said that the mid-range device could be priced at around 2,000 Yuan (~RM1,288). At the moment, we are still unsure about the exact day of the launch. However, let's not forget the brand still has the Nord CE coming this week, which is something we could focus on temporarily.

Let us know what you think about the upcoming OnePlus Nord 2 on our Facebook page. Stay tuned to TechNave.com for more smartphone news.