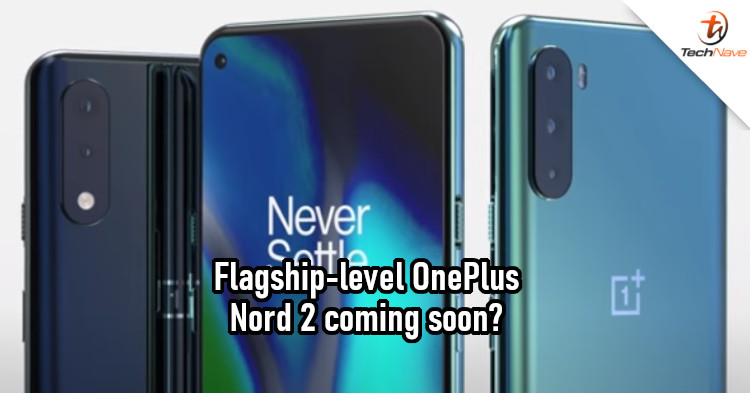 Most eyes are on the upcoming OnePlus 9 series, but OnePlus will be launching other devices under the Nord series. In fact, there was a rumour of an OnePlus Nord N1 5G last month, and now sources claim that OnePlus Nord 2 is also on the way.

According to Gizmochina, this device would come with MediaTek's Dimensity 1200 chipset. This chipset has performance nearly on par with a Snapdragon 888, which is currently the most powerful flagship chipset available. In other words, the OnePlus Nord 2 would be a very powerful top mid-range device.

It should be noted that this is different from the previously rumoured OnePlus Nord N1 5G, which is expected to come with a Snapdragon 690 chipset. It's also going to have 6GB of RAM and a 6.49-inch display with a 90Hz refresh rate. With that as a base, we can assume that the OnePlus Nord 2 will have at least 8GB of RAM, as well as the same 90Hz refresh rate screen.

Mind you, none of the above is confirmed, so do take the news with a grain of salt. But depending on the pricing, the OnePlus Nord 2 could be a very attractive option. Having said that, would you be interested in any of the upcoming OnePlus Nord models? Let us know in the comments, and stay tuned to TechNave for more news like this.