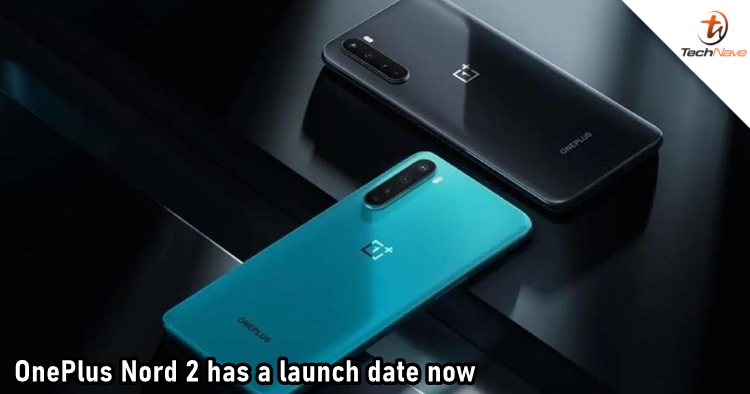 The OnePlus Nord 2 that is said to come after the Nord CE might now have a launch date. According to the latest rumour, the OnePlus Nord successor could be arriving on 9 July. The information comes from a reputable tech media site called GSMArena.

Yesterday, we've gotten some new information regarding the device as it's claimed to feature a Sony IMX766 in its camera module. Earlier, we have also heard of the news saying that the upcoming Nord 2 will be powered by MediaTek Dimensity 1200 chipset instead of Qualcomm's Snapdragon.

Besides the date, the site has also revealed some tech specs that we still don't know about. The new additions are a 6.43-inch FHD+ 90Hz AMOLED touchscreen with an in-display fingerprint sensor, 30/65W fast charging, 50MP main camera and a 32MP front camera. It is also said that the device would arrive in 8/128GB and 12/256GB variants.

Let us know what you think about the upcoming OnePlus Nord 2 on our Facebook page. Stay tuned to TechNave.com for more smartphone updates.