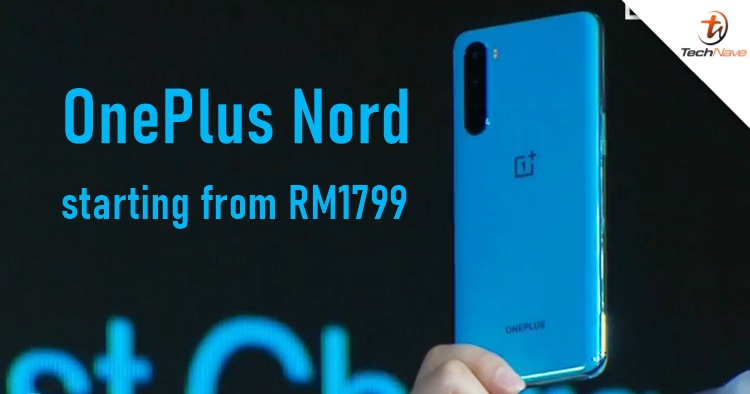 Today, the OnePlus Nord has finally arrived in Malaysia after a month from its debut. As suspected, the official price tag is indeed starting from RM1799 as previously leaked by retailers in Malaysia and if you're looking into getting one, here's everything you need to know about the official launch details.

From the official launch, the OnePlus Nord will be exclusive in Shopee first then followed by an offline sale on 22 August at all OnePlus Authorized Dealers (for 8GB + 128GB). In addition, it should be noted that there are two OnePlus Nord models in Malaysia which are the 12GB + 256GB and 8GB + 128GB. The lesser variant is slated for RM1799 (on 18 August, 1PM) whereas the company is putting the OnePlus Nord (12GB + 256GB) + OnePlus Buds Infinite Joy Bundle for RM2399 (on 25 August). Wait, if that's the bundle price, then how much is the highest variant? Sources say it's RM2099 but it seems that you can't really get it separately on Shopee. 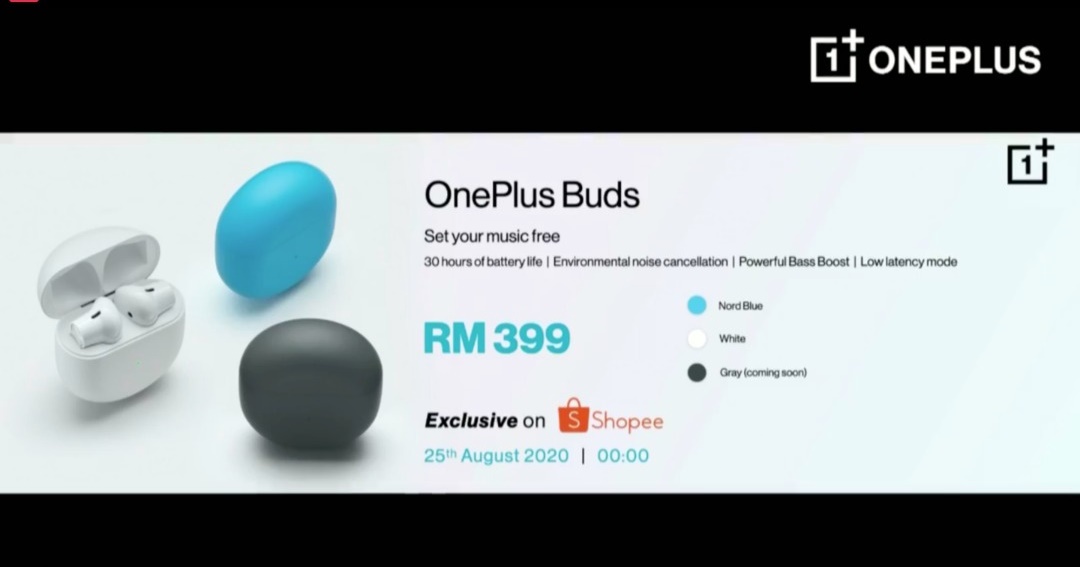 Besides that, the rest of the tech specs is the same which includes a Snapdragon 765G chipset, a 6.4-inch FHD+ 90Hz AMOLED display, a 4115mAh battery with 30W Warp Charge support, as well as a 48MP + 8MP + 5MP + 2MP quad rear camera. On the other hand, the OnePlus Buds have a total of 30 hours of battery life and an "environmental noise cancellation". Oh, this pair of wireless earphones are RM399 and will be exclusive on Shopee from 25 August onwards.

So what do you think of the price and the Infinite Joy Bundle? I honestly think the bundle price is a weird marketing tactic but if you want the OnePlus Buds, then go for it since it you can save up to RM99. Let us know what you think in the comments below and stay tuned for more trending gadget news at TechNave.com.