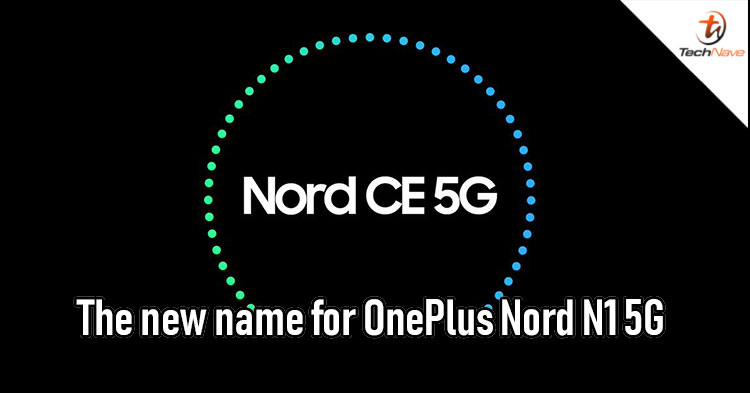 Ever since the first OnePlus midrange phone has been successfully launched in the market, the company continues to work on new additions consistently. We reported that the new OnePlus Nord N1 5G will be launching soon with its leaked specs back in February and today, another leak stated that it will go by a new name called the Nord CE 5G.

According to the source, The Nord CE 5G will replace the name of Nord N1 5G. OnePlus seems to have decided to do a last minute change with this name.  There is no information stating why and what does “CE” means, so we would have to guess it out for ourselves. But other than the new name, we got no new tech specs leaks about the phone.

As we recall in our previous report for the Nord N1 5G, it comes with a side-mounted fingerprint scanner that doubles up as the power button and a 3.5mm audio jack.  Besides, we are expecting it to come with a FHD+ 90Hz refresh rate display and a Snapdragon chipset with at least a 4500mAh battery that supports a 30W fast charging.

With that said, there’s no official information on the tech specs and the Malaysia release dates yet, so do take this with a pinch of salt. What are you expecting from the OnePlus Nord CE 5G? Let us know at our Facebook page and stay tuned for more tech news updates on TechNave.com.