Current Location: Home > News > Over 1 million Android users have installed ‘Dynamic Island’ on their devices via the dynamicSpot app 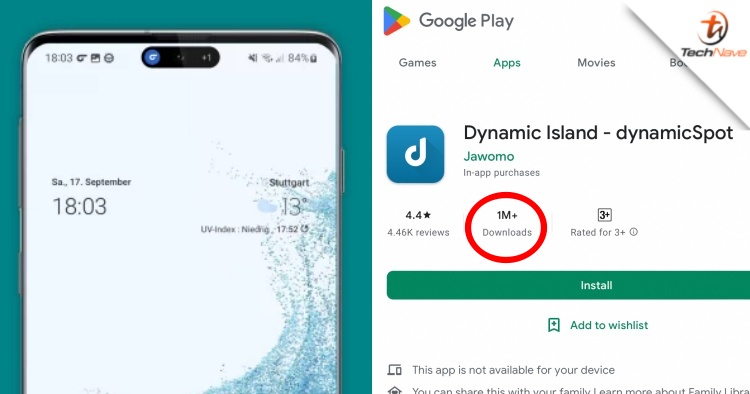 Dynamic Island on the iPhone 14 Pro models has been all the buzz in the tech world lately, so much so that there is even an app that can emulate the feature on Android smartphones. In fact, the app, dynamicSpot, has been so popular that up to this day, it has already garnered over 1 million downloads on Google Play Store!

Developed by Jawomo, the app allows Android users to easily port the interactive island feature on their devices. Moreover, unlike the iPhone 14 Pro’s implementation, dynamicSpot has lots of customisation options, though you do have to make in-app purchases for some of them.

A quick look at the Google Play Store page for the app also shows that the app is well-received, whereby it is rated 4.4 stars from over 4,400 reviews. Besides that, the app is also popular on unofficial channels too, as according to Android Police, dynamicSpot is one of the top 10 most popular apps on APKMirror.

Given the popularity of Dynamic Island, it seems rather inevitable that something similar will officially come to an Android smartphone in the near future. Well, if this can help spur more innovations, then why not, right?