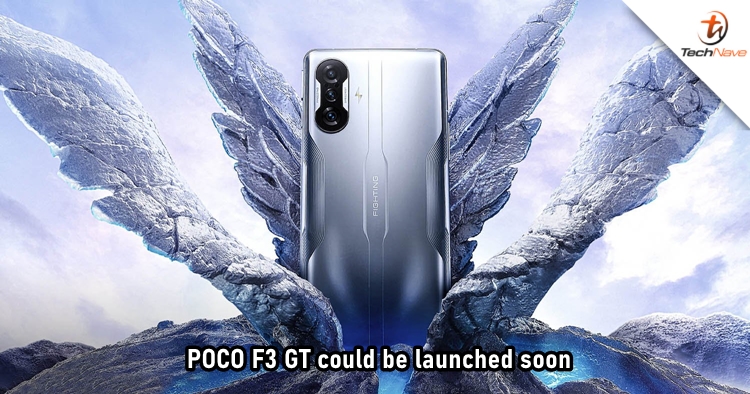 Earlier, Redmi had launched a gaming-centric device which is the Redmi K40 Gaming Edition. Not long after, sources were claiming that the device will soon be rebranded as POCO F3 GT for the global market. Today, the device has been spotted on India's e-commerce site, suggesting that the launch is not far away.

The POCO F3 GT was listed on WelEletronics with a price of 1,299 USD (~RM5,330). Of course, that is not the real price of the device as it's expected to be sold around 341 USD (~RM1,399). For the tech specs, they're all similar to the ones on Redmi K40 Gaming Edition. However, it is unclear whether the device will feature the gaming trigger buttons. To recap, the Redmi K40 Gaming Edition is powered by MediaTek Dimensity 1200 chipset paired with up to 12GB of RAM and up to 256GB of internal storage. It also sports a 6.67-inch OLED display that offers a Full HD+ resolution, a 120Hz refresh rate, and Gorilla Glass 5 protection. On the rear, it brings a triple-camera setup that includes a 64MP main camera, an 8MP ultrawide lens, and a 2MP macro shooter.

Let us know if you want the POCO F3 GT or Redmi K40 Gaming Edition to come to Malaysia on our Facebook page. Stay tuned to TechNave.com for more smartphone updates.