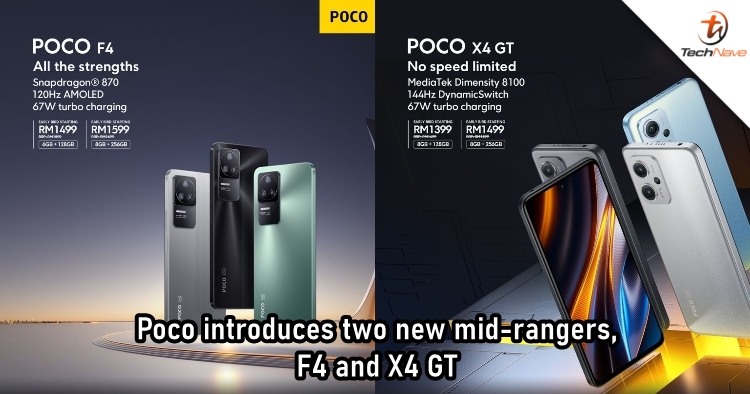 The POCO F4 uses the same chipset as its predecessor, which is Snapdragon 870. It sports a 6.67-inch Samsung E4 AMOLED with a 120Hz refresh rate and 360Hz touch sampling rate. There's also a 4,500mAh battery with 67W fast-charging support. The camera setup on the rear consists of a 64MP primary sensor, an 8MP ultra-wide lens, and a 2MP macro shooter. It's worth mentioning the device is also the first to feature Optical Image Stabilization (OIS) in the family. 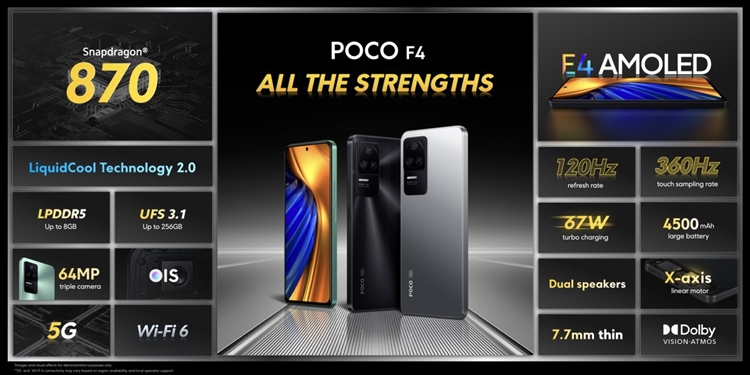 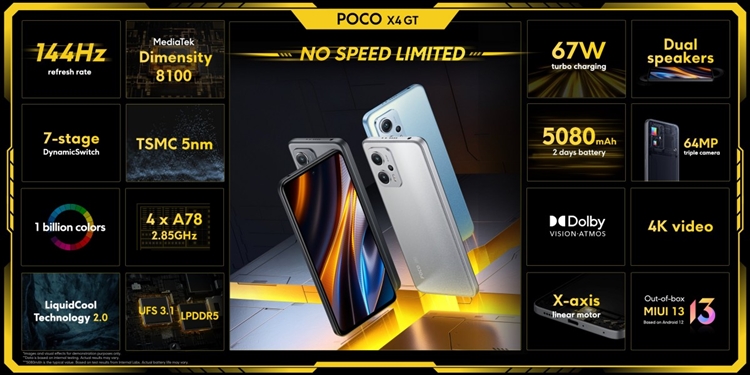 Going to the POCO X4 GT, the device gets powered by the MediaTek Dimensity 8100 SoC. It packs a 6.6-inch LCD with support for a 144Hz refresh rate, the fastest in the family, and a 270Hz touch sampling rate. Meanwhile, the battery has a capacity of 5,080mAh with the same 67W fast-charging support. It also has the same camera setup (64MP primary + 8MP ultra-wide + 2MP macro) as the POCO F4.

For a limited time, both devices will be available for purchase at an early bird price with RM100 off. For the POCO F4 and POCO X4 GT, they will be sold exclusively on Shopee (from June 27 onwards) and Lazada (from June 30 onwards) respectively.

What do you think about these two new POCO phones? Drop a comment to let us know, and stay tuned to TechNave.com for more smartphone launches.