Current Location: Home > News > Pre-orders for the iPhone 12 and 12 Pro are twice as much compared to the iPhone 11 series 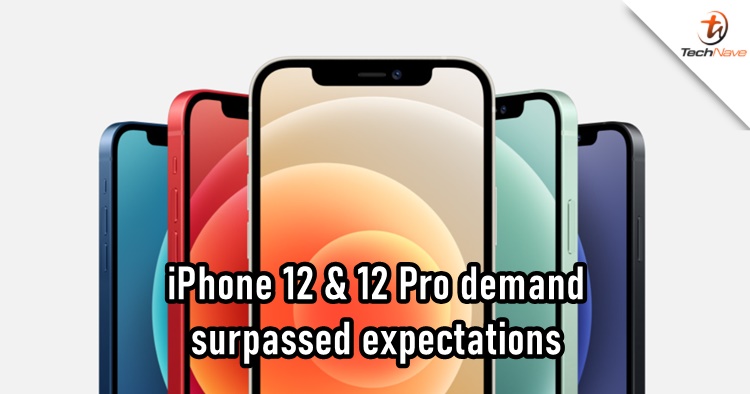 Apple's decision of removing the charging adapters and earphones from the iPhone 12 series retail box sure got a lot of people talking. Although the company's reasoning is to "save the environment", it didn't click with many people and doesn't make sense to purchase an iPhone 12 model. Well, surprise surprise, the pre-orders for the iPhone 12 and iPhone 12 Pro have surpassed expectations.

According to popular analyst Ming-Chi Kuo, he previously expected the iPhone 12 and 12 Pro shipment inventory allocation was 15-20% but the first weekend sales say otherwise. After the weekend, it's now 40-45% and that twice as much comparing with the iPhone 11 series. To put it figuratively, the new pre-orders are 1.7 million - 2 million units as compared to the 500k - 800k of the latter.

With this surprising number, Kuo readjusted his estimated percentage that both the iPhone 12 and 12 Pro would be equally demanded from 30-35%. While the iPhone 12 mini and iPhone 12 Pro Max will only arrive in November, Kuo estimated that the 12 mini won't be as popular (10-15% from the initial 20-25%) as the Chinese market have little interest in small phones. As for the 12 Pro Max, he thinks there would be 15-20%.

Apple Malaysia has yet to announce the official iPhone 12 series launch in Malaysia. If it wasn't for the pandemic, we would have gotten it by now just like the iPhone 11 series last year. Stay tuned for more trending tech news at TechNave.com.