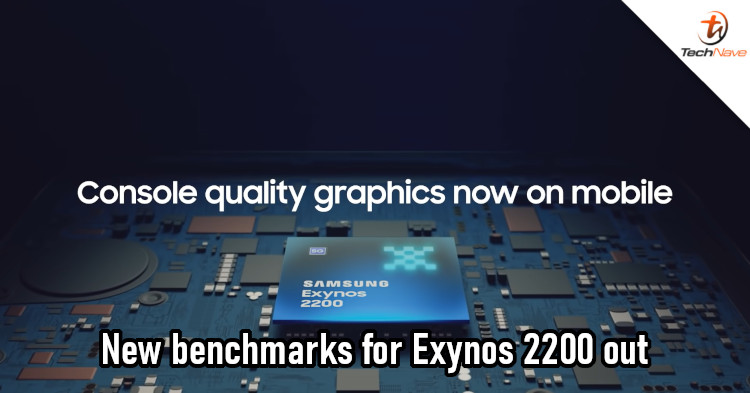 With the launch of the Exynos 2200 yesterday, Samsung now has a new chipset that could compete with the Snapdragon 888 and Dimensity 9000. But how does it compare to the competition? Here are some preliminary benchmarks to provide us with some clues.

According to MySmartPrice, the Exynos 2200 has managed to score 965874 on the AnTuTu benchmark and an average of 109FPS in GFXBench. It also scored 1108 points in the single-core test and 3516 points in the multi-core test. Its overall performance is better than the Snapdragon 888 but isn't noticeably better than the Snapdragon 8 Gen 1. Note that the benchmark ran on the Samsung Galaxy S22 Ultra, so we can probably confirm that the Galaxy S22 series would indeed feature this chipset.

Not exactly on-par with 8G1 but will wait!

Of course, there are a few that we have to keep in mind. Not only does the Exynos 2200 chipset provide ray-tracing, but its NPU is also a dual-core instead of triple-core like on the Snapdragon 8 Gen 1. Moreover, Samsung might have limited the frequency of the GPU to prevent thermal throttling. It's also possible that this chipset is more power-efficient than its Qualcomm counterpart (unconfirmed), which would help increase battery life.

Having said that, there were no screenshots to go with the benchmarks. This means that they might not be accurate at all, so take the numbers too seriously. We'll keep an eye out for more benchmarks, so stay tuned to TechNave for further updates.