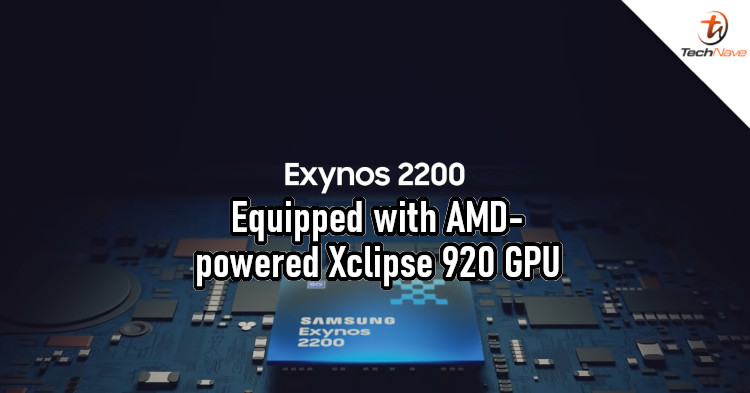 Last week, Samsung finally confirmed that the Exynos 2200 would launch soon. The new chipset is expected to be available on the Galaxy S22 series, which could be revealed on 8 February. Now, Samsung has officially unveiled its new chipset.

As announced by Samsung, the Exynos 2200 is a high-end mobile chipset with powerful ARM v9 CPU cores and the Xclipse GPU based on AMD's RDNA 2 architecture. This chipset is manufactured on the 4nm process and is designed to deliver superior mobile gaming experiences. It also has an upgraded neural processing unit (NPU) to enhance mobile photography.

Moving on, let's check out the specs for the Exynos 2200. Samsung's new flagship chipset comes with an octa-core CPU, which consists of 1x Cortex-X2 CPU core, 3x Cortex-A710 CPU cores, and 4x Cortex-A510 CPU cores. The GPU is called Xclipse 920 and offers ray-tracing support to mobile games. Besides that, the Exynos 2200 chipset supports 4K displays with a refresh rate of up to 120Hz or QHD+ displays at 144Hz. It can also support a 200MP camera, 8K video recording at 30FPS, and more.

Pretty impressive, but what do you think? Would you get a new phone with the Snapdragon 8 Gen 1, Dimensity 9000, or Exynos 2200? Share your preference below in the comments section, and do stay tuned to TechNave for more tech news.