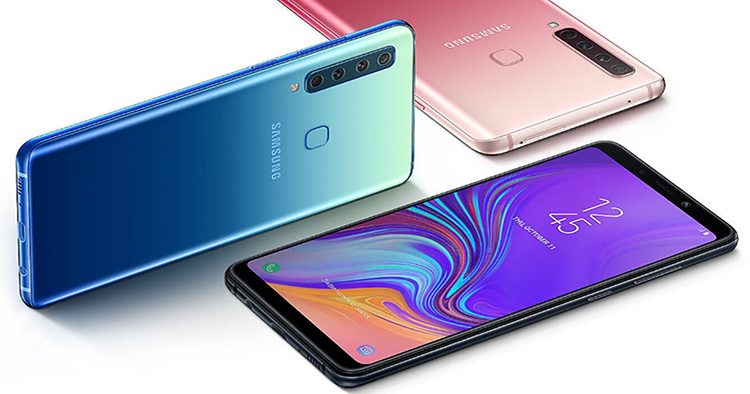 The world finally has its first smartphone with quad cameras, the Samsung Galaxy A9 (2018). It will be hitting the markets on the 23rd of November. Initially, we thought the official price will only be announced on 23 November but according to The Sun newspaper, the official price tag can be seen just below the phone in tiny fonts which you can see below.

The Samsung Galaxy A9 (2018) has some pretty impressive tech specs. It runs on the Snapdragon 660, an internal storage of 128GB with expandable storage of up to 512GB, a rear fingerprint scanner, and a pretty solid battery capacity of 3800mAh. For the display, it features a 6.3-inch FHD+ Super AMOLED Infinity Display with 2220 x 1080 pixels screen resolution and 18:5:9 aspect ratio. Design-wise, the phone comes in three quirky colours which are Lemonade Blue, Caviar Black and Bubblegum Pink. 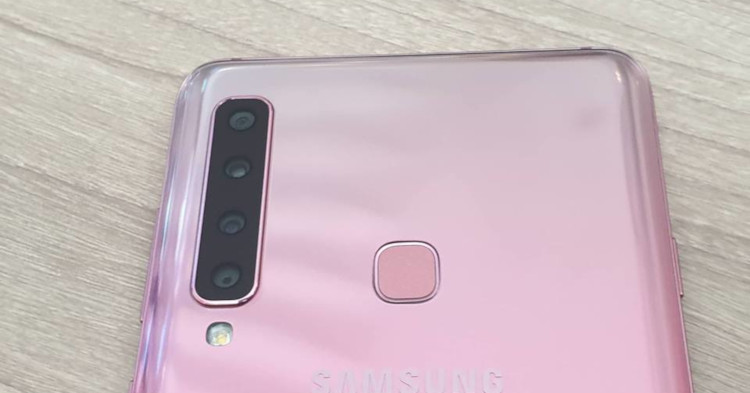 What makes this device very enticing is the rear quad camera setup which is the first in the world. The primary camera is 24MP with f/1.7 aperture and the rest are an 8MP ultra-wide sensor, a 10MP telephoto lens with 2x optical zoom and lastly, a 5MP depth sensor of f/2.2 aperture. For the perfect selfie, the device sports a 24MP front camera. In addition, the device also comes equipped with the Intelligent Scene Optimizer which is an AI for enhancing shots in different scenarios.

To celebrate the launch of the smartphone, Samsung will be having the Galaxy A9 Roadshow starting on the 23rd of November until the 25th of November. If you’re interested in checking out the smartphones for yourself, you can catch the roadshows happening in 1Utama (Selangor), Gurney Plaza (Penang) and City Square (Johor). In addition, with every purchase of the smartphone, you earn gifts up to RM783 which include JBL GO2 wireless speaker, Samsung 128GB memory card, a 10000mAh fast charge battery pack, screen protection plan, 3x TGV movie tickets, and a 3 month Spotify plan.

So will you be getting your hands on this smartphone? For more news on Samsung, make sure to hit up TechNave.com!