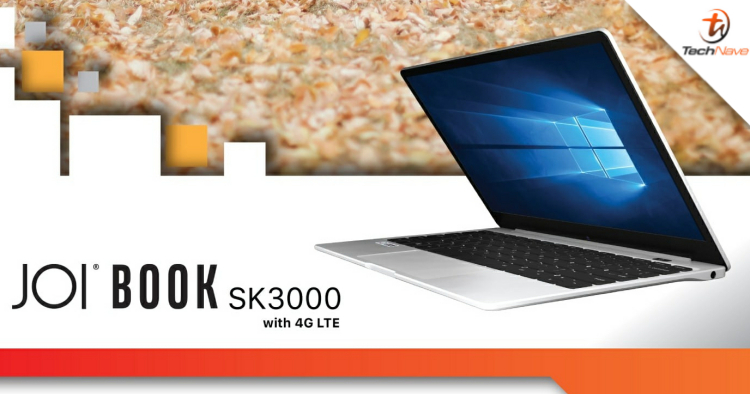 Local Malaysian company SNS Network have officially launched their JOI Book SK3000 laptop today featuring not only a Qualcomm Snapdragon 850 chipset but also using Microsoft Windows 10 Pro. Priced at RM2199, it was previously on pre-order with a number of freebies but it is now available at SNS Network Ipoh HQ and their GLOO online and offline retail outlets.

Other notable tech specs for this slim metal laptop include 4G LTE connectivity and a 12.5-inch FHD IPS display. Weighing in at just 1.05kg and measuring a slim 15mm thin, the JOI Book SK3000 is the company’s first Windows laptop with a Qualcomm Snapdragon chipset, with hopefully more to come. The first 200 pre-order customers who purchased the JOI Book SK3000 will get a free Microsoft Office 365 subscription.

Update: SNS Network mentioned that they will be bringing in Qualcomm 7c 2-in-1 JOI laptops coming in Q1 2021, while an 8cx Gen 2 JOI laptop (possibly with 5G support) will come when Malaysia's 5G has been finalized.

Check out the tech specs of the JOI Book SK3000 below: 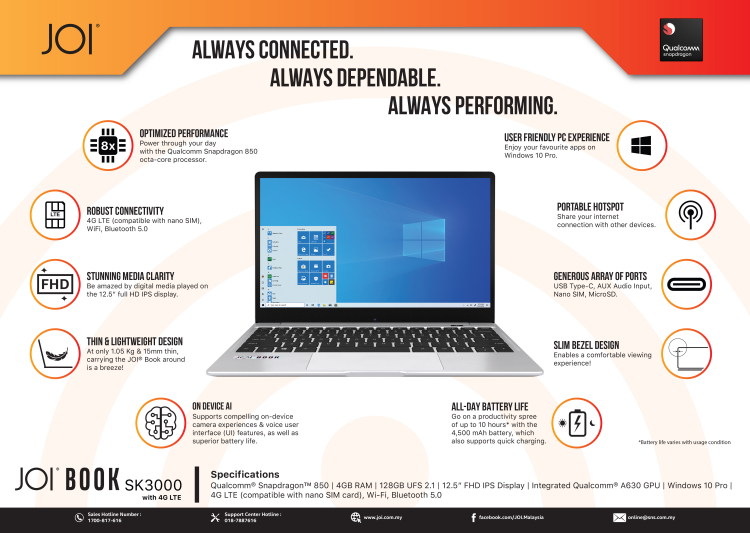