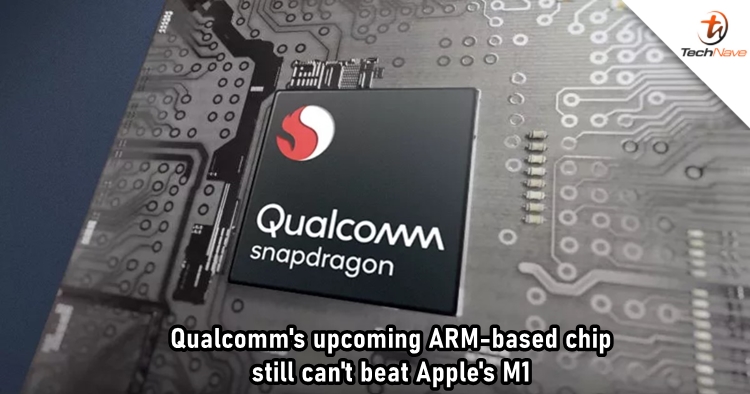 News has reported that Qualcomm is preparing for an ARM-based Snapdragon 8cx chip for Windows 10 to compete against Apple's M1 chip. Sadly, this new benchmark leak of the upcoming chip might be here to tell you not to put too much hope on it.

Spotted by Windows Latest, the benchmark score of an engineering sample of this new processor on GeekBench still can't get ahead of the Apple MacBook Air that features the M1 chip. Looking at the chart organized by the source, the engineering sample with the name "Qualcomm Reference Design (QRD)" is placed third after two variants of the MacBook Air launched at the end of 2020. However, the chip can still be found on top of the Surface Pro X range. 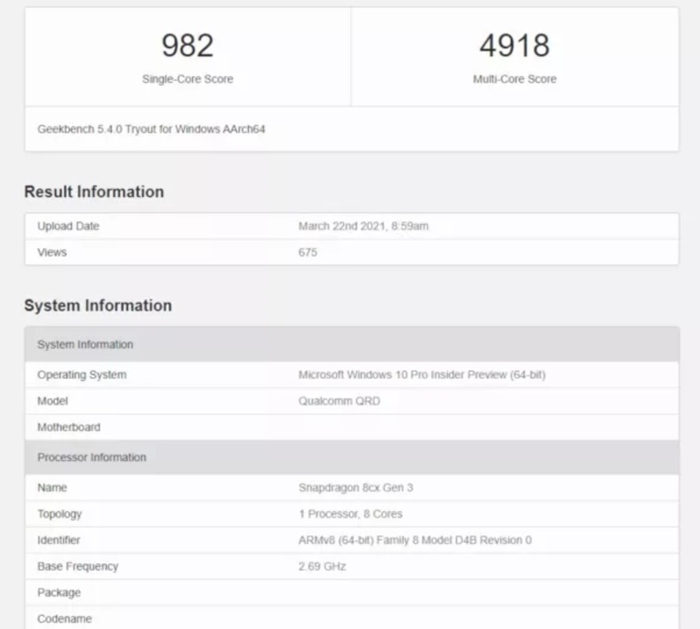 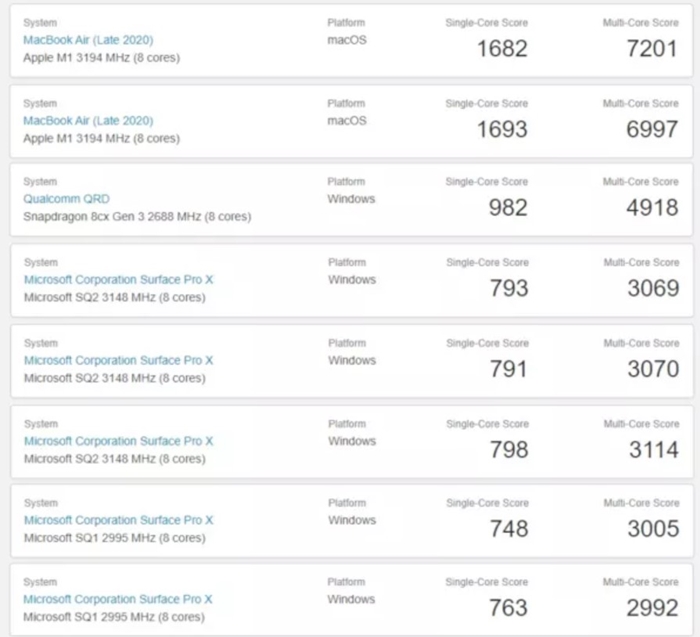 Besides that, the result might have also confirmed that this new chip will focus more on performance rather than the battery life which Qualcomm usually emphasizes. It could be done by featuring an eight-core configuration comprising four “Gold+” high-end cores and four “Gold” high-end cores and having a clock speed of 2.69 GHz.