ROG Phone 2 gets new software updates for the AirTriggers! 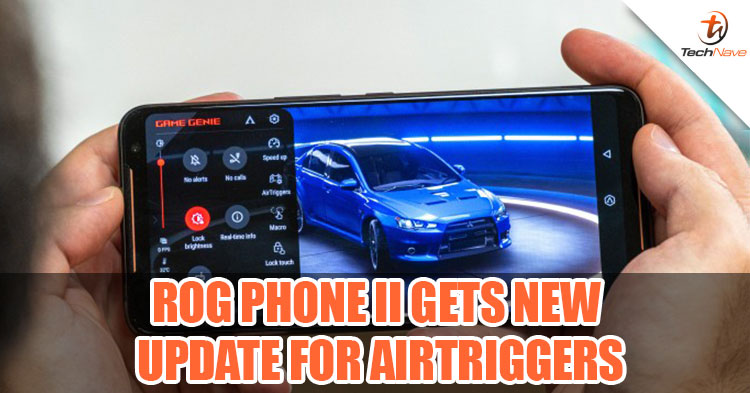 The ROG Phone 2 is notable for its gestures detection on its AirTriggers for gaming. Now it is getting a new software update that improves the gestures and mapping for the AirTriggers. AirTriggers are a pair of an ultrasonic sensor on the right frame of the device. It was first introduced on the original ROG phone and a more refined sensor on the ROG Phone 2.

With the latest software update on the ROG Phone 2, the AirTriggers no longer only works by tapping on it but you can now do horizontal and vertical swiping gestures on it for certain actions in the game now. This is done through the Armoury Crate gaming interface, where you can simulate both horizontal and vertical swipes with a custom distance and specific starting point.

It also allows you to set custom app icons now through the Armoury Crate interface with an optional grid interface according to your preference. Besides, the ROG Phone 2 update also streams in Google's October 2019 security patches but not for the ROG Phone or the Zenfone 4 which are still stuck on Android Oreo.

So what do you think of the update on the ROG Phone 2? Let us know at our Facebook page and stay tuned for more updates on TechNave.com!