Current Location: Home > Reviews > Realme 2 Pro review - Currently the only smartphone with 8GB of RAM at less than RM1100 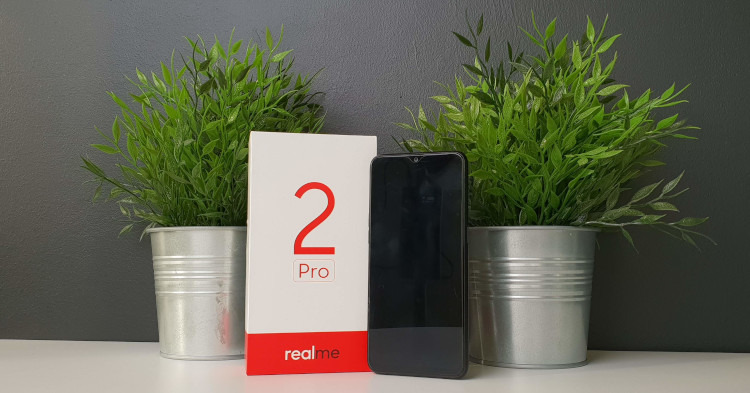 The Realme 2 Pro was recently launched in Malaysia priced at RM1099 fitted with a Qualcomm Snapdragon 660 chipset, 8GB of RAM as well as 128GB of internal storage. This is a fairly affordable price considering the tech specs of the smartphone, so in this review we’ll take a closer look at the Realme 2 Pro to see whether the smartphone offers good value for its price.

Starting off with the front of the device, you can see that there is a “Waterdrop notch” at the top which houses the 16MP camera. If you look closely from the side, you’ll notice that the glass panel is protruding slightly higher than the frame of the phone itself. In the rear, the 16MP + 2MP cameras are located on the top left corner along with an LED flash, a fingerprint sensor and the Realme logo right below it. Rear of the device 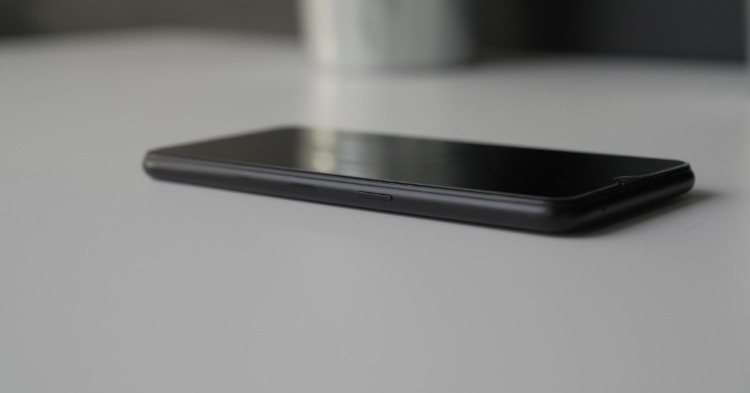 Right side of the device showcasing the power button 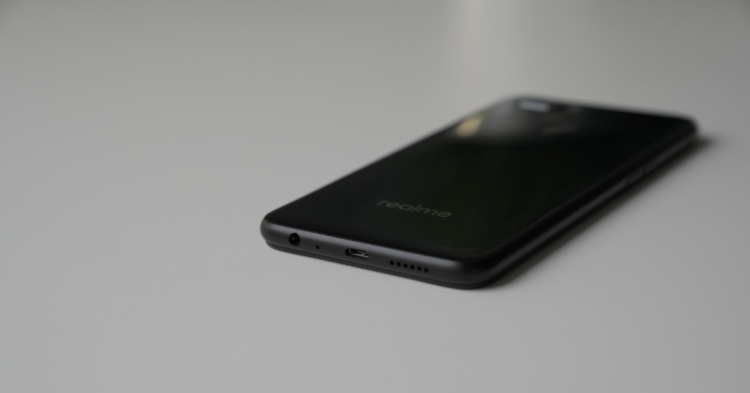 Bottom of the device Realme logo at the back 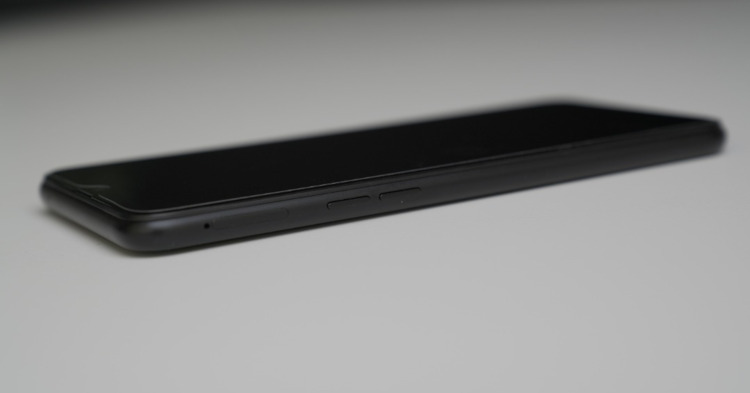 Towards the left of the device you’ll find a SIM card tray capable of holding up to 2 nano SIM cards as well as a single MicroSD card. The volume rocker is right below it while on the opposite side, there is the lone power/lock button. Lastly, on the bottom you’ll find the speaker grill, Micro USB port as well as the 3.5mm audio jack.

The black edition Realme 2 Pro that we got our hands on features a plain glossy back instead of the “Diamond back design” of the Realme 2 which looks much better in my opinion. In terms of color design, the Realme 2 Pro is available in Black, Deep Blue, Light Blue color schemes.

Tech specs and features - Whopping 8GB of RAM under the hood 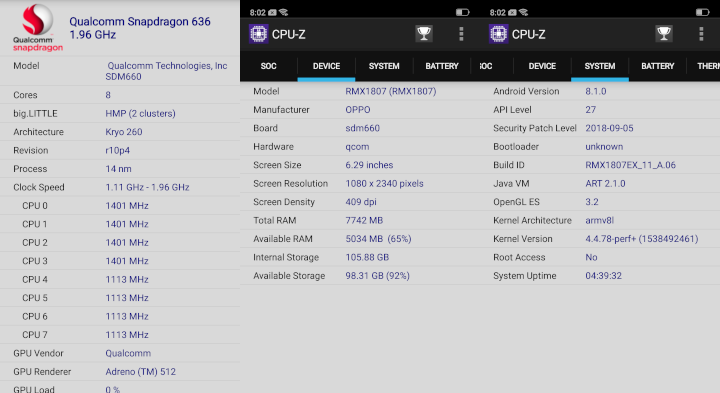 In terms of tech specs, it’s still surprising to see the upper midrange Qualcomm Snapdragon 660 chipset paired along with 8GB of RAM and 128GB of internal storage at this price range. The high amount of RAM and internal storage gives you plenty of room to multitask around various apps as well as plenty of space for applications, pictures and videos.

In terms of security, the phone can be set to only unlock through either the fingerprint sensor, facial recognition or if you prefer a more traditional method, an alphanumeric passcode with up to 16 characters. Unlike the Realme 2 variant, the “Waterdrop Notch” does not take up much space as compared to the traditional notch which equates to a much higher screen-to-body ratio as it houses only the front facing selfie camera.

The camera app that came pre-installed into the Realme 2 Pro features various modes such as time-lapse, video, photo, portrait, sticker, panorama and expert for the rear camera while the front facing camera offers the same modes available in the rear camera except for portrait and expert along with options to turn on HDR as well as timer for the shutter.

The expert mode allows the user to configure the White Balance, EV, ISO, shutter speed as well as the focus of the camera, basically giving the user full artistic control over the camera. Not only that, the sticker mode comes fully stocked with plenty of options to choose from with potentially more coming with every update. As for the video, there is the option to record in either 720p, 1080p or even 4k video resolution with framerates of 30FPS while the front facing selfie camera is capable of capturing 720p and 1080p.

Performance - Not too shabby considering the price 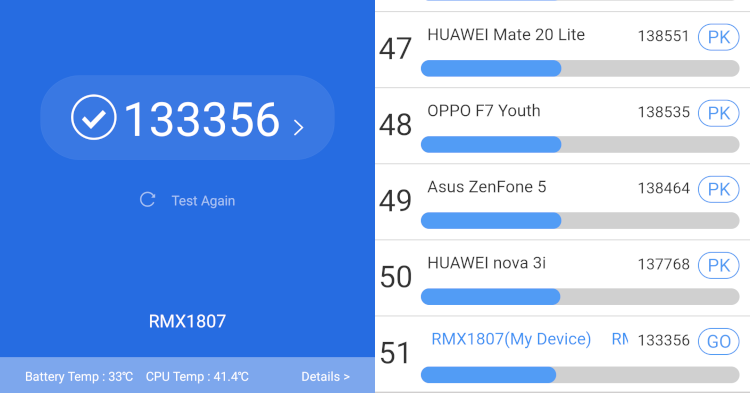 In terms of performance, the Realme 2 Pro scored 133356 points on Antutu Benchmark, ranking it at number 51 alongside other smartphones such as the Huawei Nova 3i, and Asus ZenFone 5. The fact that the phone comes equipped with 8GB of RAM allowed me to multitask through my daily cycle of apps with ease such as Facebook, Twitter, WhatsApp, Reddit, Imgur, Youtube, Twitch and more.

The 3500mAh battery is more than enough to last about a day of general usage, and recharging the phone typically takes about 1 hour and 30 minutes more or less. The phone performed pretty well while playing Asphalt 9: Legends with minimal to no stutters at a constant 30fps according to GameBench. For PUBG Mobile on the other hand, the phone averaged at around 26fps on the highest settings possible and drained by about 4% to 6% for a typical 15 minute play session with no connectivity issues on WiFi and mobile data. To my surprise, the Realme 2 Pro did not heat up to an uncomfortable level throughout the entire test.

However, hand placement is very important while gaming as there is a potential issue where your palm could end up covering the speaker grill, thus muffling the sound. I highly recommend either using earphones or even a bluetooth headset while gaming. The audio on the phone’s speaker sounds mediocre with a not as punchy low-end, slightly muddy mid-tones and highs that sounded distorted on max volume.

The rear 16MP + 2MP camera offers great dynamic range especially in well-lit conditions and the front facing 16MP takes decent selfies as well. But due to the fact that the phone does not offer an AI Assisted Camera, color correction and tweaking has to be done manually to further enhance the pictures taken. In low light conditions there is an obvious drawback to the low megapixel sensor with obvious noise artifacts on the images and videos taken.

The IPS panel offers vibrant colours and well contrasted images, which makes movies and Youtube videos a pleasure to watch. The Waterdrop notch was small enough for me to not notice it during regular use. 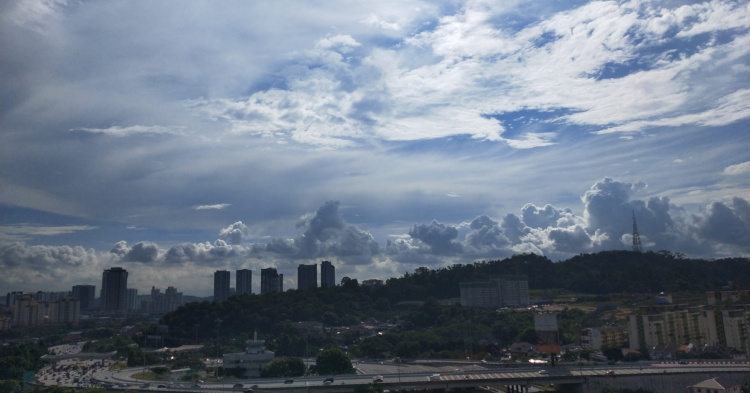 Horizon Shot with HDR on 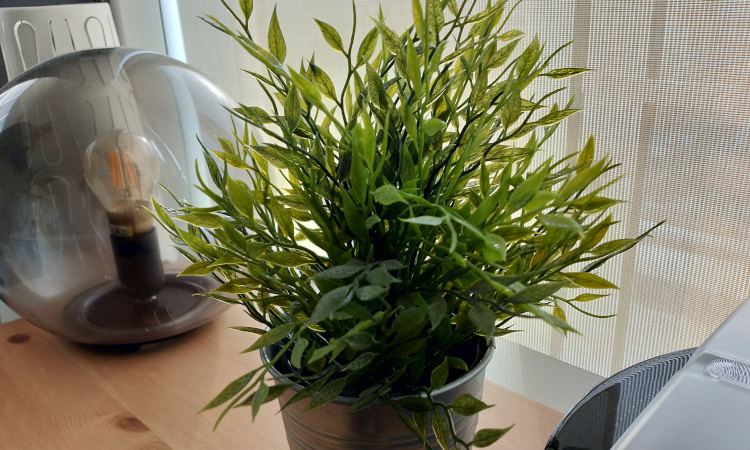 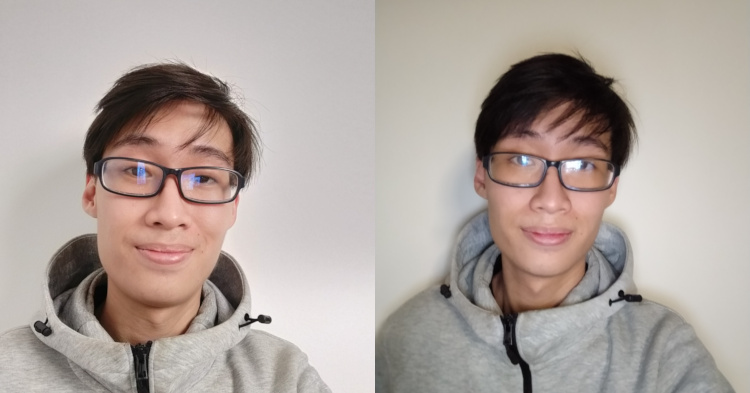 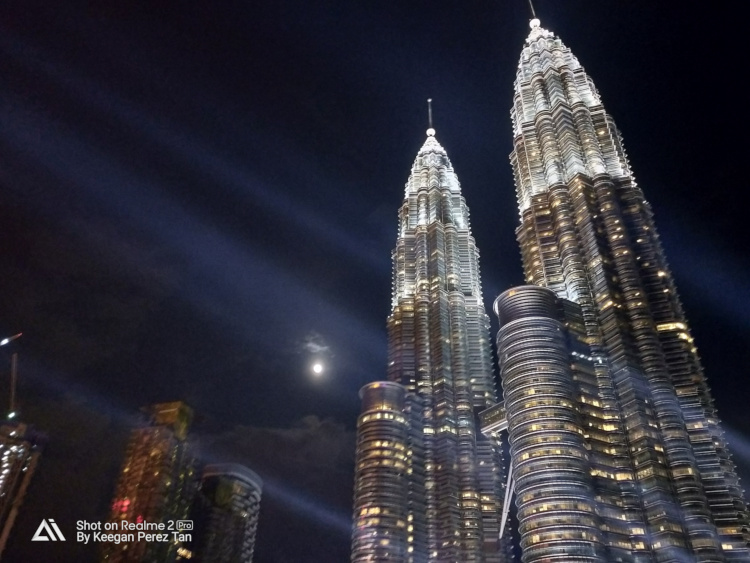 Nightshot of the KL Twin Tower 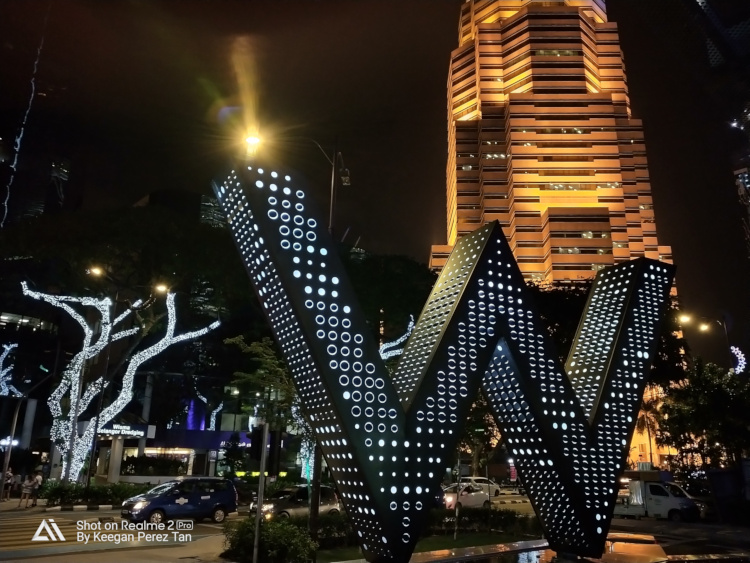 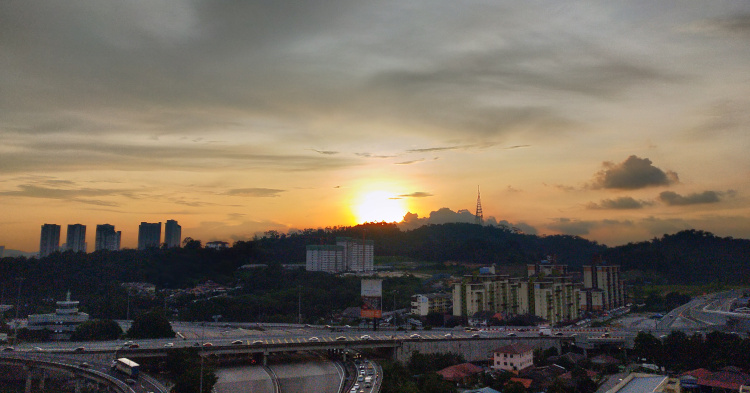 Conclusion - Awesome gaming and general value for the specs you're getting

The Realme 2 Pro as of now is the only device that offers 8GB of RAM paired with the Qualcomm Snapdragon 660 chipset for less than RM1100, which is amazing value if you ask me. Multitasking on this phone is a breeze with no lags at all during my general use tests and gaming. On the other hand, the camera is decent as well, with a few drawbacks in terms of its low light capability with rather mediocre sounding speakers.

The device should be great for students and younger consumers to have as their first phone due to the price. If you are keen on getting a phone with fast charging capabilities, beefier chipset, AI Camera and AI Power Management, you could pay a bit more to get the Honor Play priced at RM1249. If taking pictures is more of your thing, the Huawei Nova 3i would more than meet your requirements for the same price of RM1099 as well. For more reviews like these, stay tuned to TechNave.com.