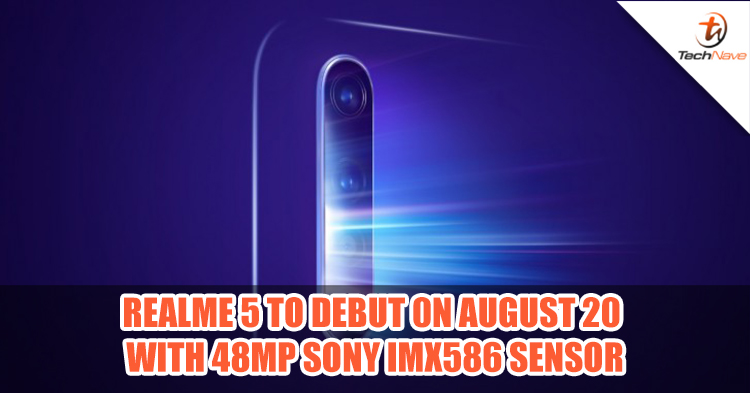 Initially, we speculated that Realme’s upcoming 64MP camera smartphone may be the Realme 5. However, that doesn’t seem to be the case. The Realme 5’s camera specs has been released and has been confirmed to feature a quad camera setup with a 48MP Sony IMX586 sensor as the main sensor.

Besides that, Madhav Sheth, head of Realme India had also revealed in a (mathematically cryptic) Tweet that the smartphone will also feature an ultrawide angle sensor with a 119 degrees FoV. The other two sensors may be a depth sensor as well as a macro lens. Sheth didn’t reveal any tech specs unfortunately but leaks of them have emerged. According to a leakster on Twitter, Sudhanshu Ambhore, the smartphone may feature the Snapdragon 712 chipset, a waterdrop notch AMOLED display, and an in-display fingerprint reader.

#LeapToQuadCamera!
4+48+586+119
RT and tag 4 friends to make your #Quad5quad to guess what these numbers mean and win big!
Stay tuned as we launch #realme5series live at 12:30 PM, 20th August! pic.twitter.com/LEISsFeNJB