Realme 5s will be launching on 20 November with 48MP Quad Camera setup and 5000 mAh battery capacity! 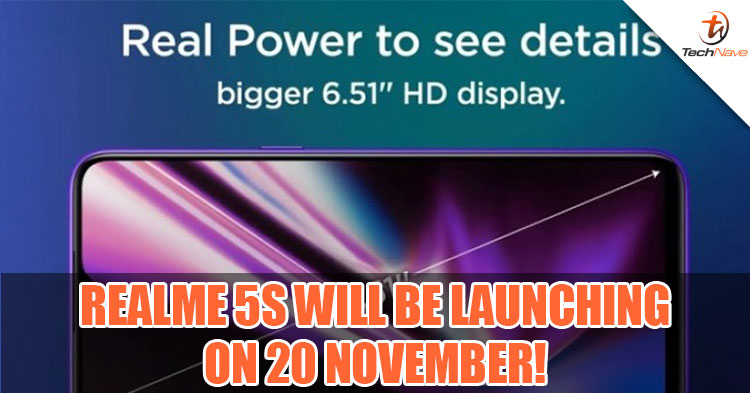 The launch of realme 5 and realme 5 Pro was a hit of the town. Today, we received yet another news that realme will be launching a new edition to the realme 5 series on 20 November in India which will be named as the realme 5s.

The realme 5s is confirmed to come with a 6.5-inch 720p display and a 5000mAh battery like its previous predecessor. It is expected to be equipped with the Snapdragon 665 chipset with 4GB of RAM and a 128GB of storage capacity. As for the camera, it sports a 48MP quad-camera setup and a fingerprint scanner on the back. Also, it may be priced from a starting price at INR 8,999(~RM520).

Either way, there’s still no official confirmation on the Malaysia releasing dates and local pricing. But will you be owning it when it arrives in Malaysia? Let us know at our Facebook page and stay tuned for more updates on TechNave.com