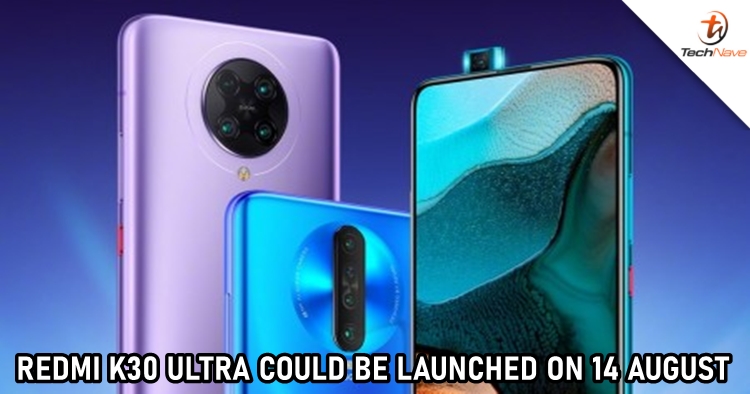 Earlier, we have seen the news saying that the Redmi K30 series will be expanded with the rumoured K30 Ultra being the seventh device. Other than that, it is also suggested that the K30 Ultra will be featuring MediaTek's 7nm Dimenisty 1000+ chipset. Now, the device has surfaced again on TENAA listing and a launch is speculated to happen on 14 August.

The TENAA listing shows nothing but the CPU frequency, and the Redmi K30 Ultra is a 2.6GHz entry. With that said, the smartphone is even more likely to come with the Dimensity 1000+ rather than Qualcomm's Snapdragon 865. The Dimensity 1000+ is an octa-core chipset with four Cortex A77 cores and four Cortex A55 cores.

Besides the TENAA leak, Redmi has scheduled an event to be happening on 14 August. It is suggested that the day could be the one for us to witness the arrival of Redmi K30 Ultra. However, there's also another thing that we can get excited about from the event, as the Redmi smartwatch is rumoured to be launched as well.

Let us know what you think about the Redmi K30 Ultra on our Facebook page. Stay tuned to TechNave.com for more exciting smartphone leaks.