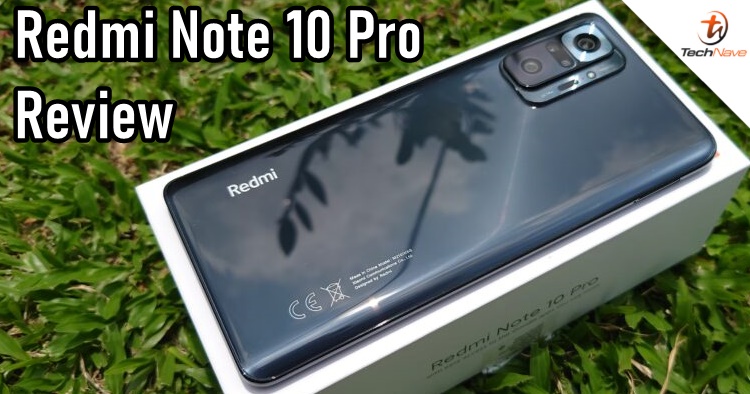 Over the years, Xiaomi has launched different series of smartphones for different target audiences. But the one that is arguably the most popular one for the Malaysian market is probably the Redmi Note series. It has been there since day one and has only gotten better. This year, we get the new Redmi Note 10 and Note 10 Pro in Malaysia.

In this review, we will be taking a look at the Redmi Note 10 Pro. For just RM1099, it's unbelievably affordable with some awesome features, such as the 120Hz AMOLED display, 5020mAh battery and more. But without further ado - let's check out if it is worth buying or not.

Design - Looking better than ever

Comparing the Redmi Note 10 Pro with its predecessors, the design has certainly evolved over the years. This model follows the Mi 10T series design style, with Xiaomi sending the solid-looking Onyx Gray colour for review. It's no premium phone by any means, but it does give an impression of maturity and stability. 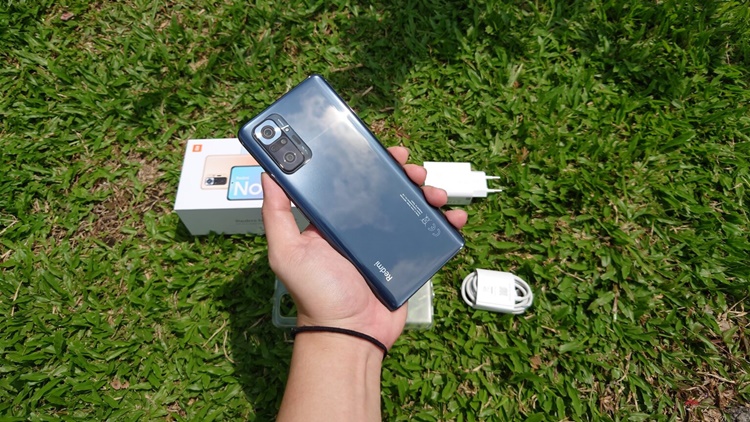 The Redmi Note 10 Pro in the flesh under the sun, look how reflective and shiny it is! The front view, nothing too extraordinary 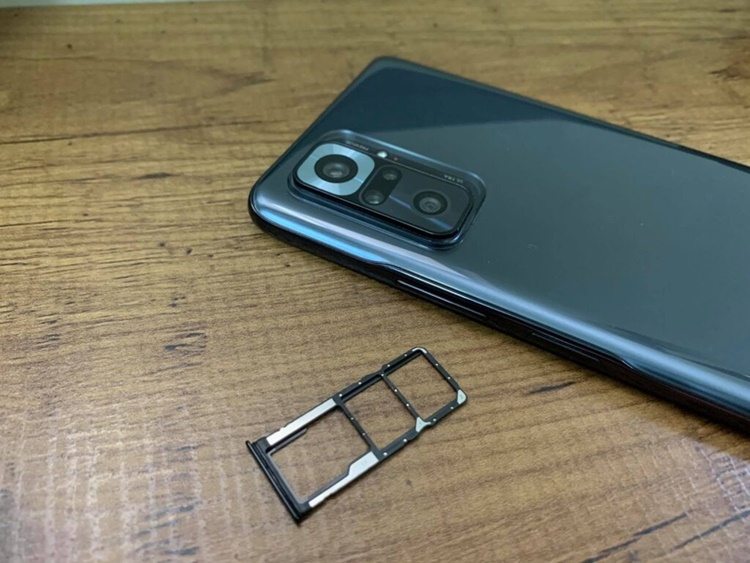 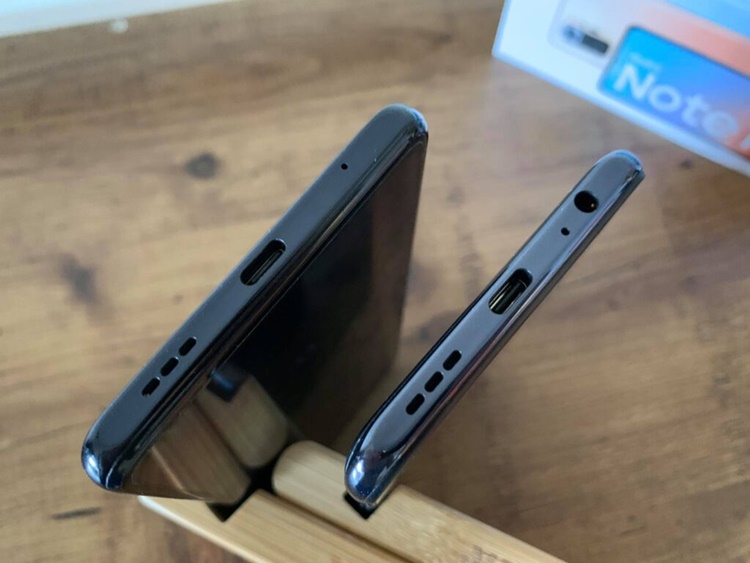 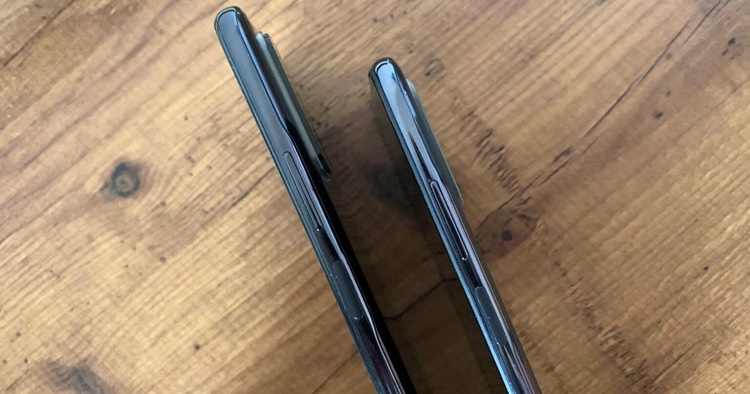 The Redmi Note 10 Pro may look shiny thanks to the reflection on the back, but it doesn't get smudged by fingerprints that much. However, it does have a protruding rear camera bump that most new phones have nowadays. As always, we recommend putting on a protective case so that you can get an even better grip.

Much to our delight, the Redmi Note 10 Pro retains the 3.5mm audio jack, an increasing rarity in an era where brands are getting rid of it. Not only that, but it has built-in dual speakers that are Hi-Res certified. You can also see a side-mounted fingerprint scanner, so that's a bonus for us.

Here are the official tech specs of the Redmi Note 10 Pro: In Malaysia, there are three configurations of the phone available - 6GB + 64GB, 6GB + 128GB and 8GB + 128GB. All three use the LPDDR4X RAM and UFS 2.2 storage. If the storage is not enough for you, you can expand by adding a microSD card of up to 512GB. It's also noted that the Redmi Note 10 Pro is the first in the lineup to use an AMOLED display, which is great as it offers a 120Hz refresh rate and 240Hz touch sampling rate. However, there's no smart switch between 120Hz and 60Hz, so that battery would drain faster if you stick to 120Hz constantly. 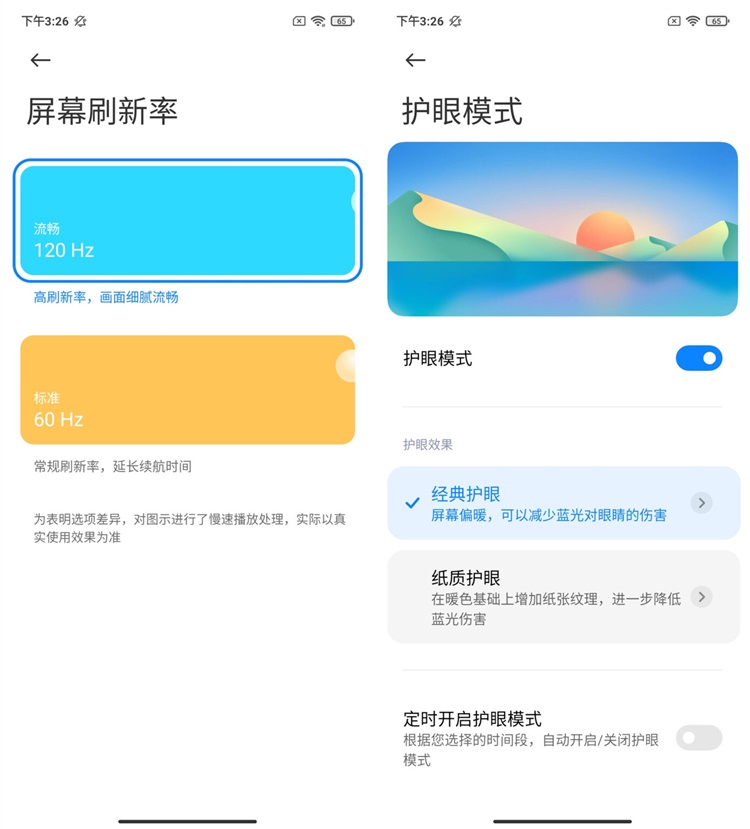 Xiaomi seemed to have thrown in a lot of camera features on this phone too. Users can now use long exposure shots for their creative mobile photography shots like trailing stars or the moving crowd. Night Mode 2.0 also returns with better software, and there's a new Dual Video mode that lets you record the back and front at the same time. Lastly, there's also a new Telemacro time-lapse video and video macro mode because...why not, I guess.

With so many camera features, it's not unusual if casual users ignore using some of them. But given the price tag and other tech specs, we can't really complain. Mobile photographer enthusiasts should have more fun with these camera features. 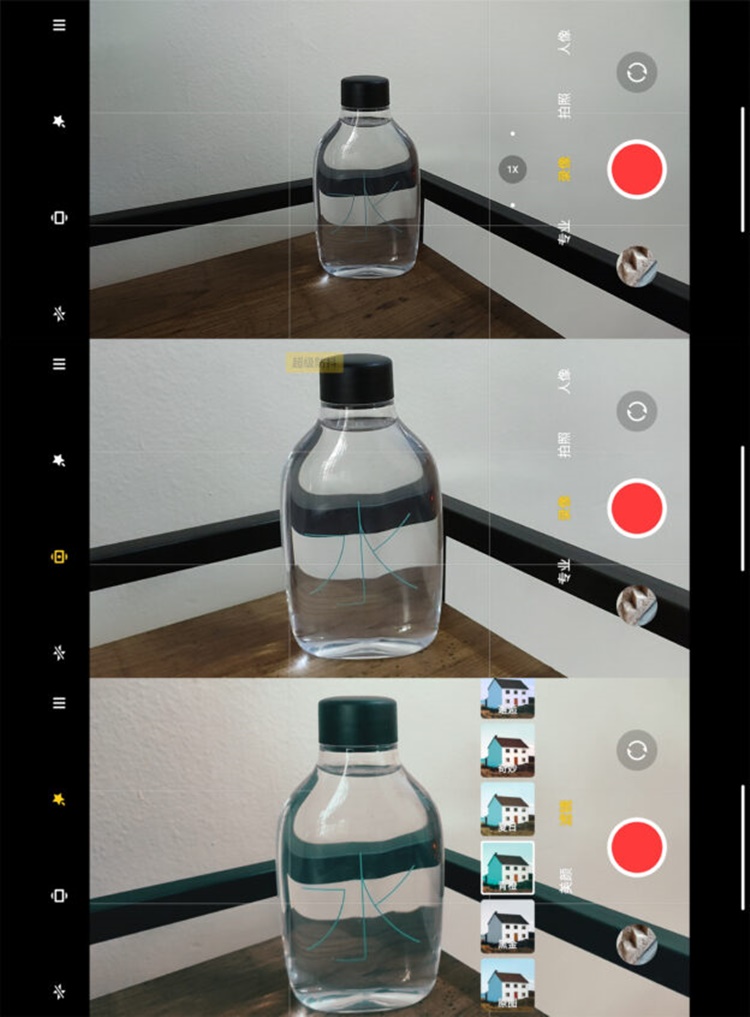 This phone is equipped with a Snapdragon 732G chipset, up to 8GB of RAM, and 128GB of internal storage. It's capable of even playing some graphics-intensive mobile games smoothly, including (almost) everyone's favourite PUGB Mobile with maxed-out graphics settings. From our experience, the battery performed as expected with nearly 10% drainage after 30 minutes. It also becomes slightly hot, but that par for the course for almost every phone out there.

The Redmi Note 10 Pro features Game Turbo, which allows you to turn on performance enhancement, optimisation, pre-set game acceleration, toolbox and more. Unfortunately, it doesn't seem to make much of a difference (sorry, facts). Overall, the Redmi Note 10 Pro's performance is alright for a casual user but probably isn't what you want if you're a heavy mobile gamer. 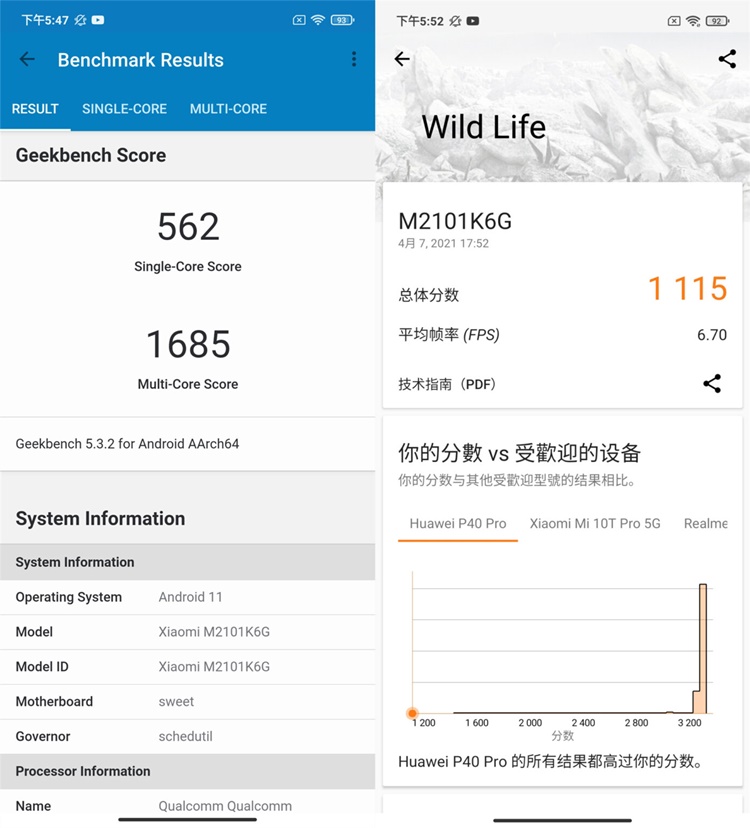 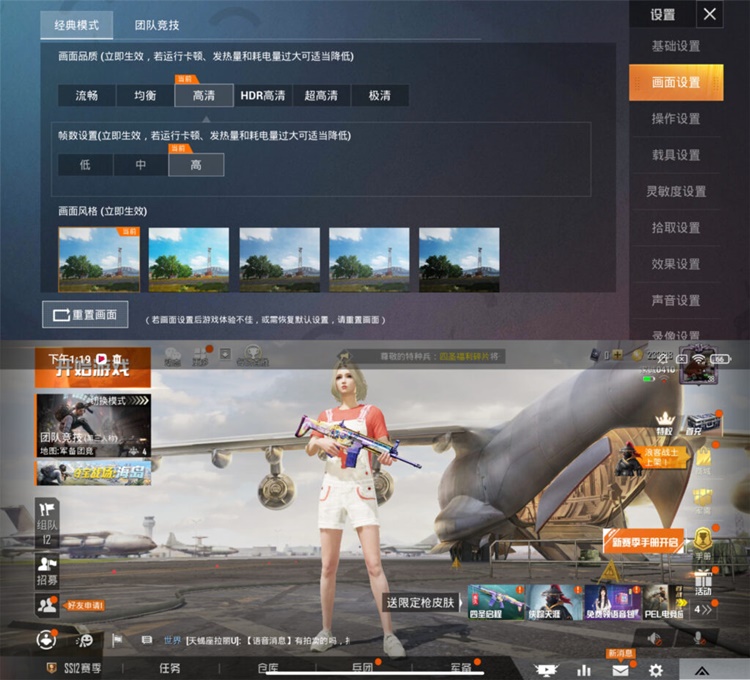 The default graphics setting on PUBG Mobile, you can max out the frame rate if you want 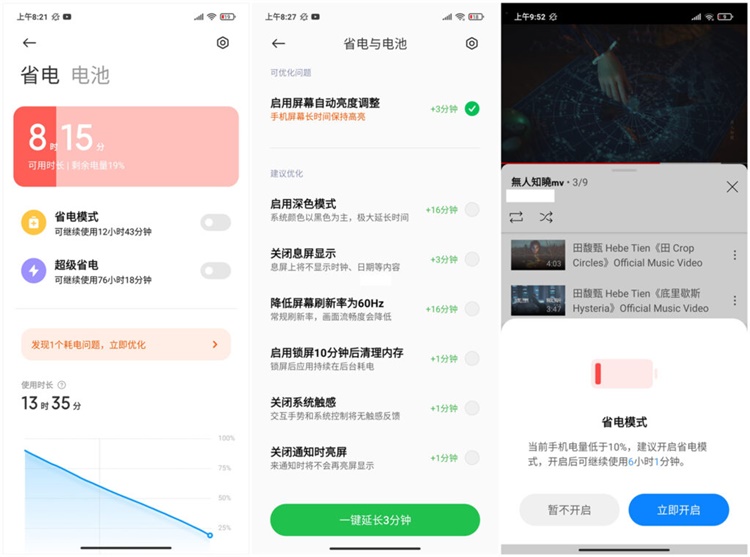 Battery monitor on the Redmi Note 10

In the battery performance section, the Redmi Note 10 Pro has a pretty big battery of 5020mAh and supports 33W fast charging. If you don't play many mobile games, the phone can actually last up to two days for simple daily tasks like replying to text messages and such. The charging is fast enough, bringing it up to 50% in 30 minutes to charge up to 50%, which seems to be the standard nowadays. It's slow from 50% to 100%, as it takes nearly an hour. But well, can't complain!

Finally, we arrived at mobile photography. We mentioned earlier the camera features but did the photo quality deliver? We took some photo samples for you to judge yourselves, so check them out below! 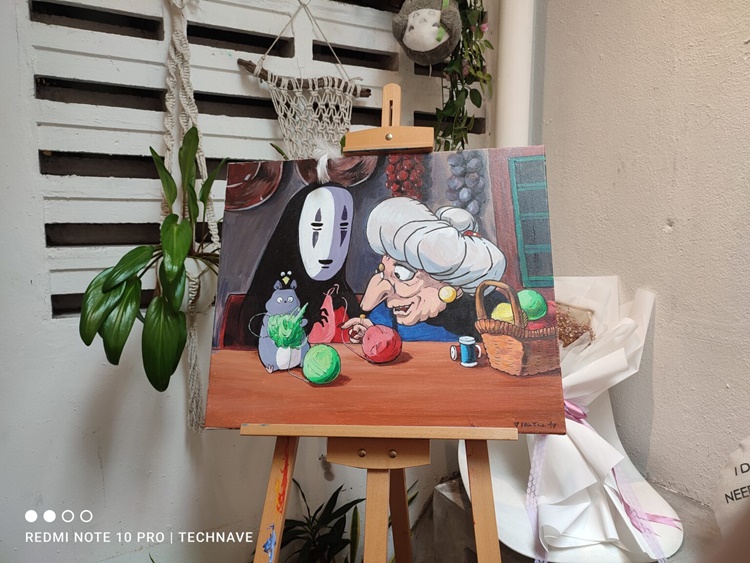 A cropped part of the image, the details are still preserved 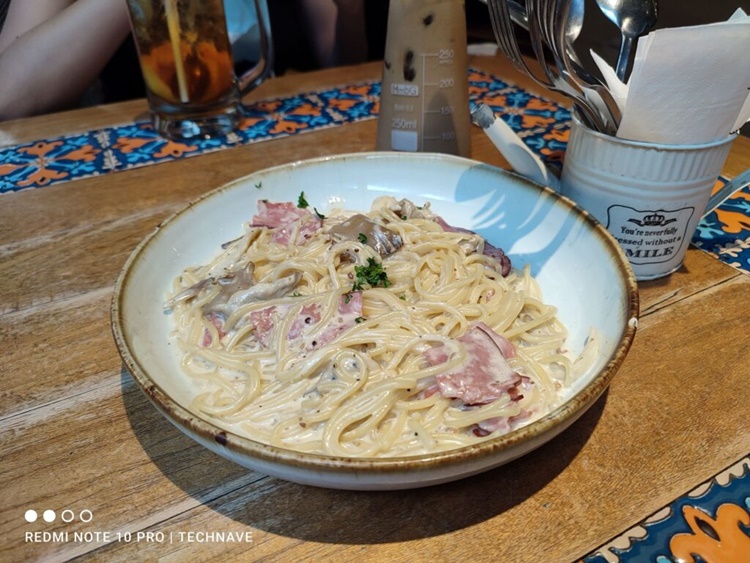 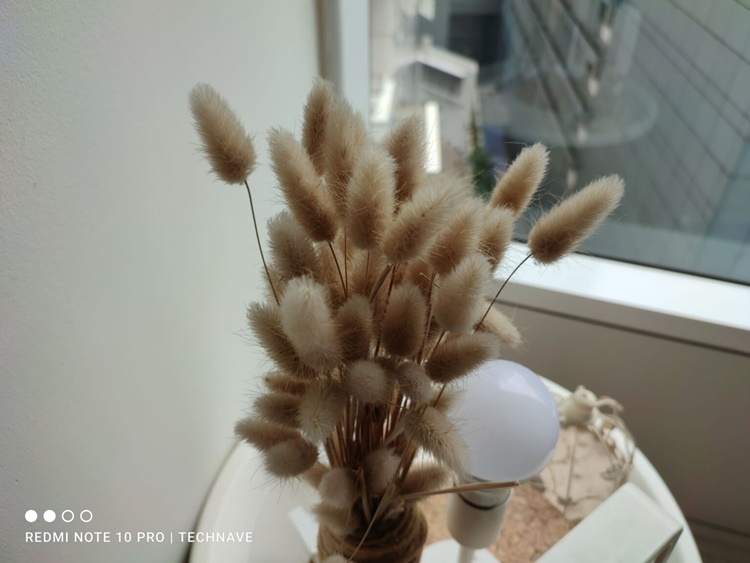 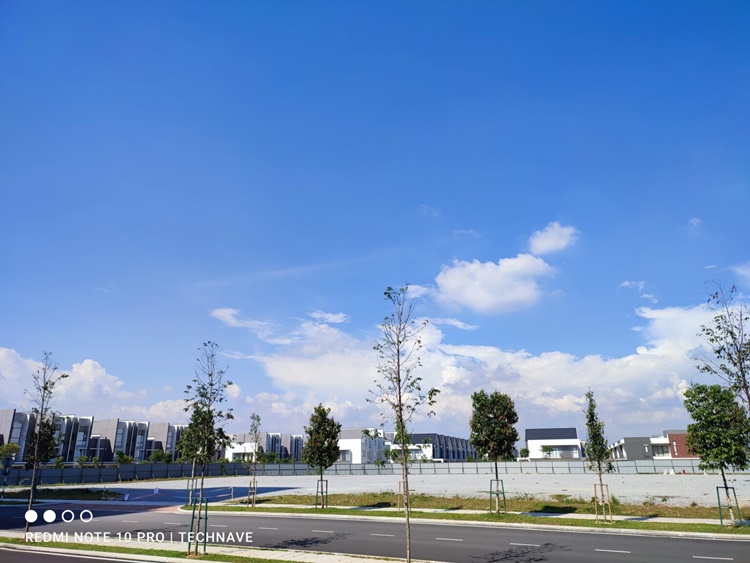 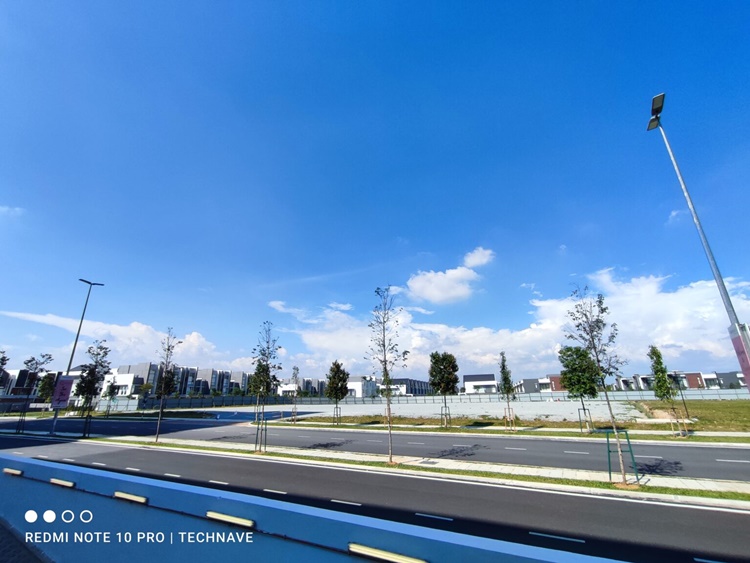 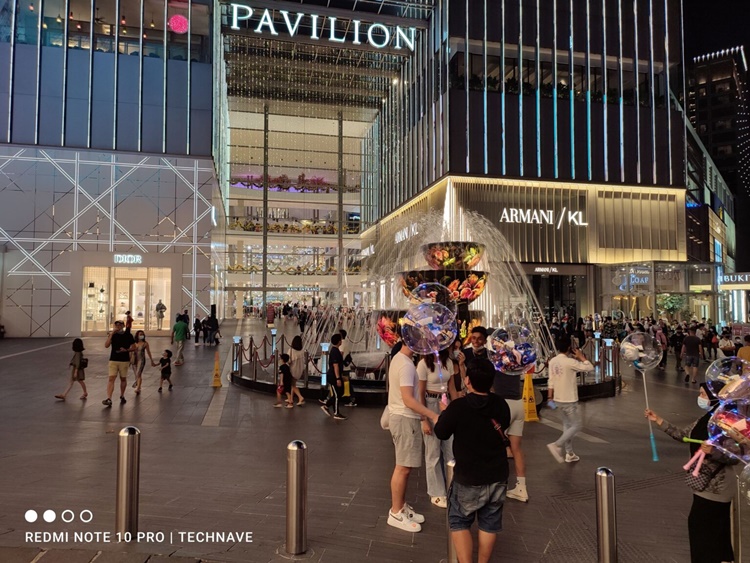 Night shots are alright as long as there is enough light

Like most Redmi Note series phones that we have reviewed over the years, the Redmi Note 10 Pro is a cost-effective device like we've expected. It has specs that tech enthusiasts want - a 120Hz AMOLED display, a 108MP quad rear camera, plenty of cool camera features, and a durable 5020mAh battery. All of that can be yours for just RM1099!

However, if you are a heavy mobile gamer, you should probably choose other (gaming) phones. You can still play some casual mobile games, but the battery life of this phone is more for a casual user. Other than that, there's hardly anything else to complain about the Redmi Note 10 Pro.

For comparison, topping up RM400 more can get you a Samsung Galaxy A52, which has IP68 water and dust resistance, Samsung Pay, and a stable OS update. Other than that, you can also choose the Redmi Note 10 Pro configuration with 6GB RAM + 128GB ROM for RM999. But yeah, there isn't much competition thanks to the quality and price ratio.

But what do you think of the Redmi Note 10 Pro? Let us know in the comments below, and stay tuned for more tech gadget reviews at TechNave.com.