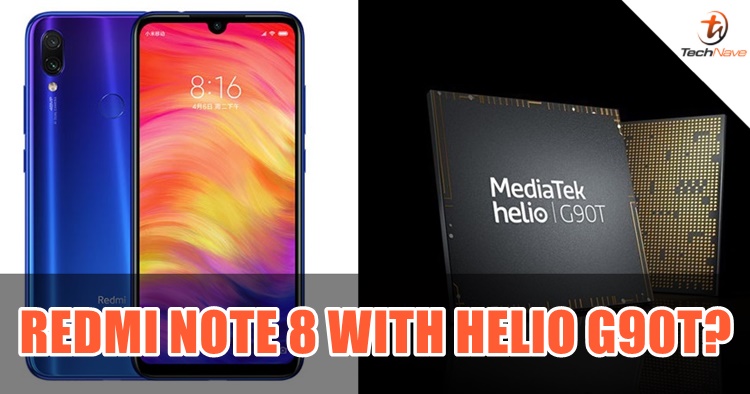 It's been a few months since the Redmi Note 7 was released in Malaysia, but of course, Xiaomi is already working on the next sequel which will be called the Redmi Note 8 and recently, it has gotten certification from the Russian EEC and sources say that it will be equipped with the latest MediaTek Helio G90T chipset.

Under the codename "M1906G7G", it seems that the company could be focusing the Redmi Note lineup to go into the gaming-focused target group which makes sense, given that mobile gaming is increasingly getting more competitive to the point of having a dedicated SoC. The Helio G90 and G90T are gaming-centric chipsets featuring an octa-core combo of A76 and A55 cores clocking in at 2.0GHz, integrating a Mali-G76 GPU graphics processor. If you're wondering about its performance score, the G90T has 220,000 points on the AnTuTu chart, sitting in between the Qualcomm Snapdragon 730 (higher) and Kirin 810 (lower).

In case you missed our post, you can read the bigger picture of the new MediaTek Helio G90 and G90T right over here. Stay tuned for more Redmi news at TechNave.com.