Renders of new Samsung tablet leaked, could be the Galaxy Tab S7 FE 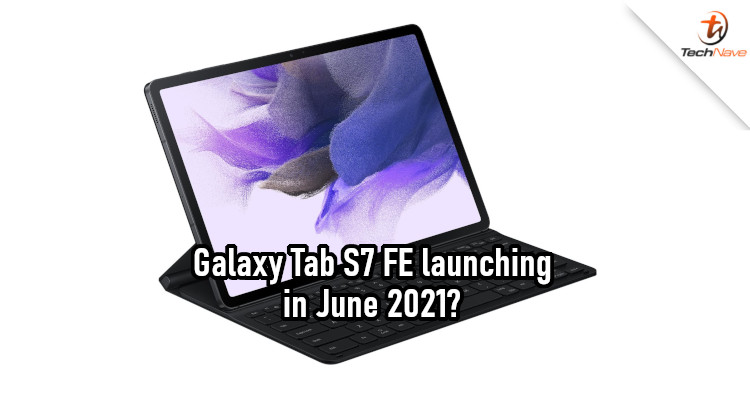 Earlier this month, it was rumoured that the Samsung Galaxy Tab S7 XL Lite would be coming soon. This is expected to be a mid-range variant of the Galaxy Tab S7. Now, renders of the device have been leaked online, suggesting an incoming launch.

The renders were posted on Twitter by @rquant, showing a blocky tablet with Samsung's Book Cover Keyboard. Interestingly, Sammobile claims that this tablet will actually be called the Galaxy Tab S7 Fan Edition. Regardless, you can see that it's available in black, blue, silver, grey (or is it green?), and pink. You can also see the S Pen and the indent where it can be magnetically attached.

As mentioned, this is supposed to be a mid-range tablet. While the Galaxy Tab S7 is powered by the Snapdragon 865+ chipset, the Galaxy Tab S7 FE would use a Snapdragon 750G chipset instead. Other than that, most of its other hardware should be similar. This includes the 12.4-inch LCD panel and 10090mAh battery.

It's rumoured that Samsung plans to launch this new model in June 2021, which is just around the corner. Of course, nothing has been confirmed, so do take the news with a grain of salt. Having said that, what do you think of the leaked designs? Let us know in the comments, and stay tuned to TechNave for further updates.