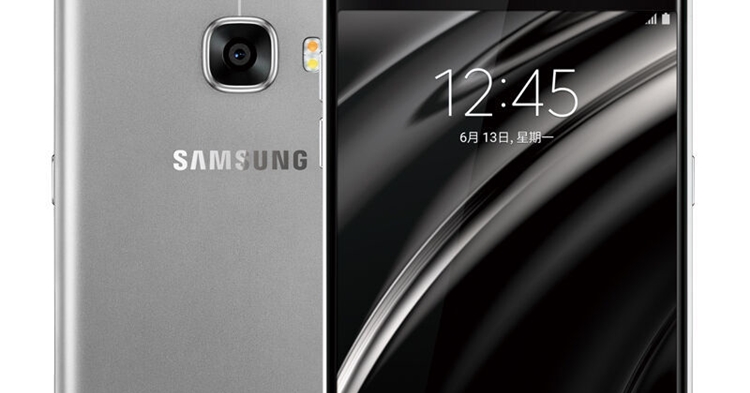 Confetti and dusts have not yet settled on the official reveal of the Samsung Galaxy Note FE and already we are hearing some news on another familiar mid-range Samsung device, a possible Samsung Galaxy C7 2017 edition.

The device has been spotted on the WiFi-Alliance page under the codename Samsung SM-C7100 and appears to have received its WiFi certification just a few days ago. It may or may not be true, but this could be the direct successor to the current Samsung Galaxy C7. 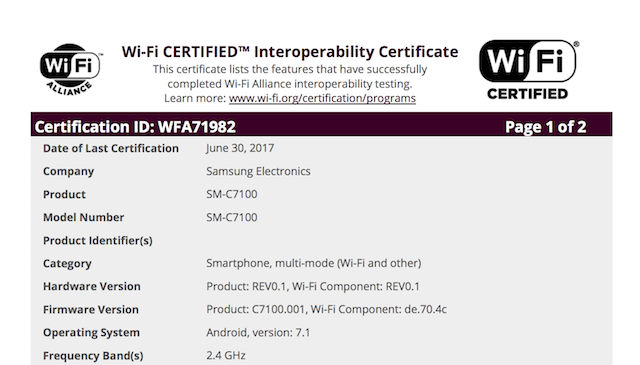 No specs list has been revealed anywhere except that the possible Galaxy C7 device will run on Android 7.1 Nougat right out of the box. Given that rumours has start to appear for this phone, expect more news to come real soon.

Make sure to stay tuned to TechNave.com for more upcoming news.