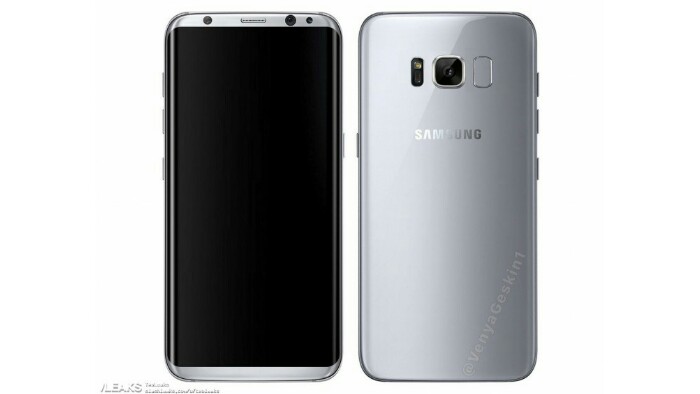 What appear to be press renders showing off the Samsung Galaxy S8 have surfaced, showing a very large screen with no front home button. Confirming the back with previous leaked images there is a rear fingerprint sensor located next to the still raised camera hump on the back.

The press renders also indicate an infra-red camera and the front for what appears to be the Iris Scanner which appeared previously on the Galaxy Note 7. Still, the front does not match with other front leaks, and it could be a cleverly doctored image so do take it with a grain of salt. No Malaysia release dates but the Samsung Unpacked event is due for 29 March 2017.