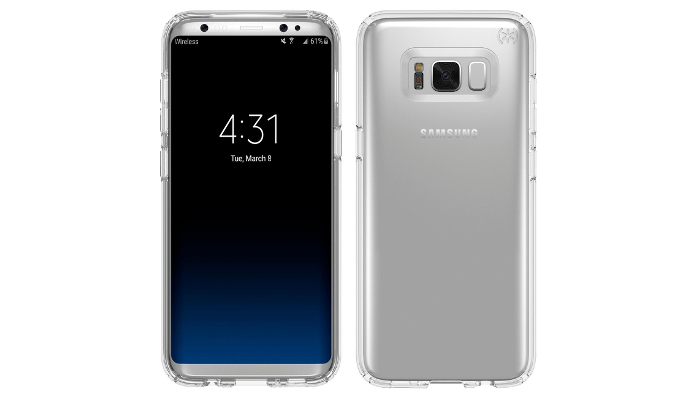 As we gear up for the upcoming announcement or teaser video of the Samsung Galaxy S8 for MWC 2017, serial leaker @evleaks has revealed fairly clear images of the phone in a case. While no tech specs were revealed, the images clearly show a rear fingerprint sensor beside the rear camera and heartrate monitor. It also shows a dual curved edge display and what appears to be an iris scanner.

The cut-outs aren't clear but there appears to be another button asides from the usual power and volume rocker while the 3.5mm jack cut-out is still on the bottom. @evleaks is usually quite accurate about such things but this is a rumour so do take it with a grain of salt. Do you like what you see? Discuss it here at TechNave.com with other TechNavers.