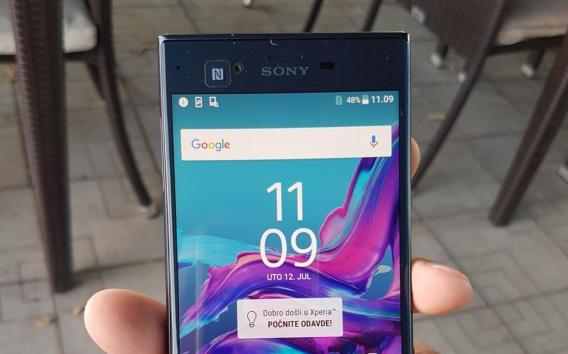 As you can see the design more or less share the same look with the other Xperia phones out there, but with major tweaks in the main design. Firstly, there is an edge screen or at least a curved edge screen on the front of the phone. The top and bottom is flatter now, making it easier to stand on the table (and perhaps pose for photos!). It reminds us a bit of the Nokia Lumia 920 in some sense. Behind you see the all glass covering of Xperia of old is gone, replaced by an all-metal back. Underneath the thankfully still flat camera module lies a pill-shaped module, which we can see sits the dual-LED flash, and perhaps a laser autofocus system. We also can expect the USB Type-C connector being used in the model, as well as the standard power button/fingerprint scanner that Xperia is well known for.

What do you think about this leak? Would you be happy to go back to Sony? Stay tuned to TechNave for more news on this new Sony Xperia model.