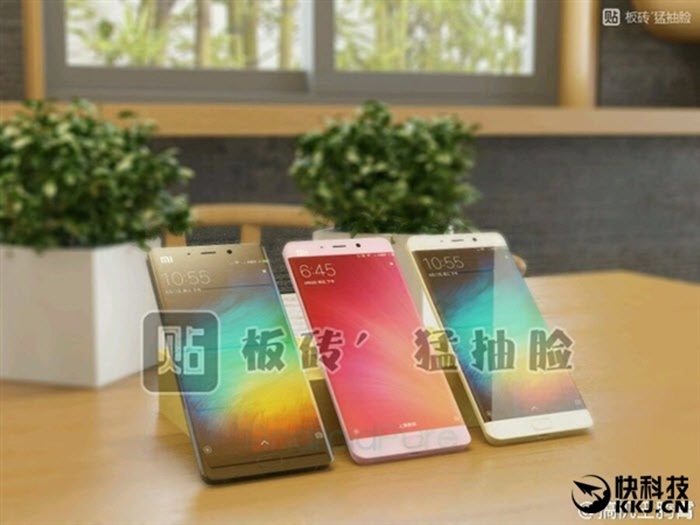 Last when we reported the supposed release date of the Xiaomi Mi Note 2, it seems that the real one should be 24 September, seeing as how 14 September which is tomorrow have no news of any invitations or whatsoever. We also gotten ourselves some new render leaks, revealing beautiful details design and more rumoured tech-specs (with Mi 5s) as well. 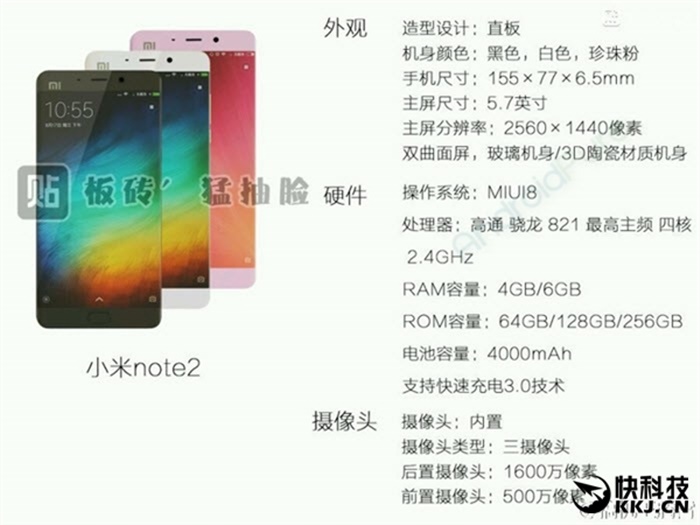 According to the source, the Mi Note 2 could feature a Snapdragon 821 chipset, clocked at 2.4GHz, a 5.7-inch curved screen display (2K resolution), measuring in 155 x 77 x 6.5mm,packing a huge 4000 mAh battery with Quick Charge 3.0, and should run on MIUI 8 based on Android Marshmallow. It's also said to have two RAM variants of 4GB and 6GB RAM, as well as three storage versions - 64GB, 128GB and 256GB. Dual rear cameras are spotted on the render too, but how many megapixels will it have remains to be seen.

Meanwhile, the Mi 5s is also getting its share of the spotlight rumours flying around. According to a long leaked image on Weibo, the Mi 5s would also sport a Snapdragon 821 chipset (2.4GHz), backed up by a 6GB RAM + 256GB ROM (UFS 2.0), a 5.15-inch display, 16MP rear camera with PDAF and 4-axis OIS that can also record 4K video at 30fps.

Should Xiaomi surprise us with the Mi Note 2 announcement tomorrow, we are sure to let you know so stay tuned at Technave.com!