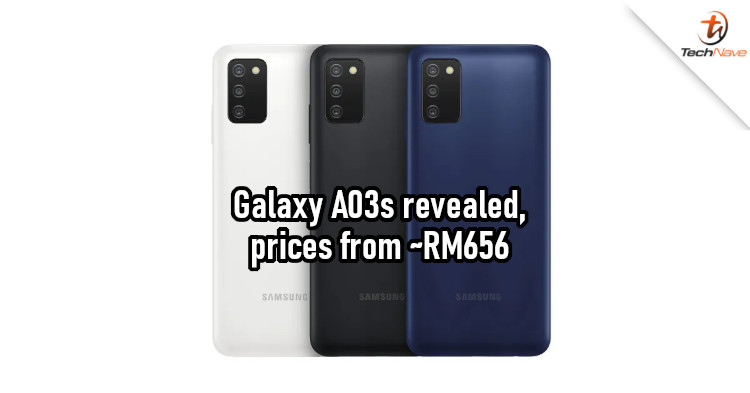 In November 2020, Samsung launched the Galaxy A02s with the Galaxy A12. Since then, a mere 7 months have gone by but the company is already coming out with a new model in that range. In fact, the Galaxy A03s was just unveiled yesterday.

Specifically, Samsung launched the Galaxy A03s in India first and will be available in blue, black, and white colours. The phone comes with a MediaTek P35 chipset, which is more or less what you'd expect for a budget smartphone these days. It also comes in two memory configurations - one with 3GB RAM + 32GB ROM, and a second one with 4GB RAM + 64GB ROM. 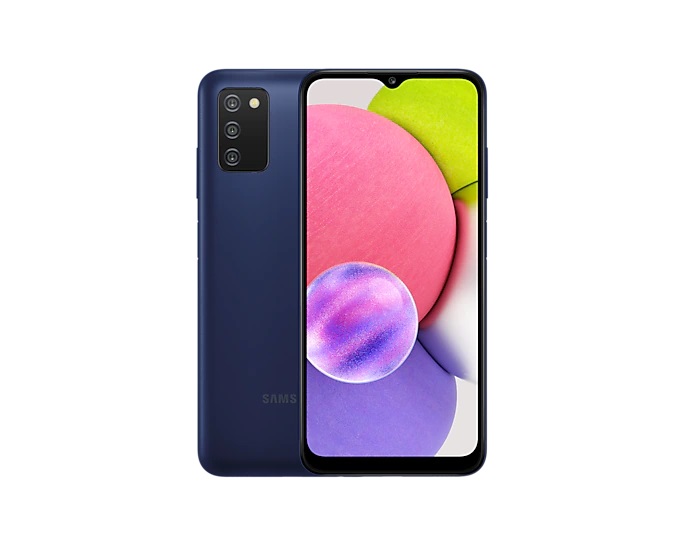 Besides that, the Galaxy A03s also has a 6.5-inch TFT display with a resolution of 720×1600. There's also a rear triple-camera (13MP+2MP+2MP) setup, plus a 5MP selfie camera in front under a notch. The phone also has a large 5000mAh battery and a side-mounted fingerprint sensor.

We've included the price below, so you can see that this is a pretty decent entry-level smartphone. Samsung Malaysia will probably launch it here too, so stay tuned to TechNave for the local launch update.