Samsung Galaxy A52 5G appeared on GeekBench with 6GB of RAM 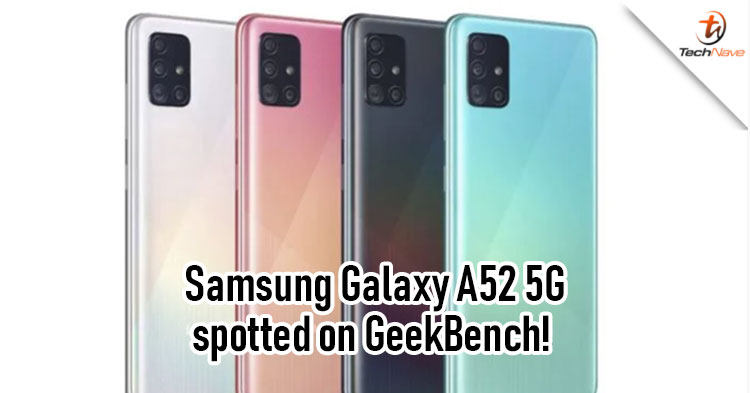 Samsung is not just focusing on its flagship smartphones but also pacing up its mid-range smartphones. The Samsung Galaxy A51 was a successor after the launched back in December 2019. This year, the Samsung Galaxy A52 5G was leaked on September and two months later, the device is spotted on Geekbench 5 today.

According to GeekBench listings, the Samsung Galaxy A52 5G is codenamed SM-A526B. It sport a qualcomm’s octa-core processor at 1.8GHz  with 6GB of RAM and runs on Android 11. By looking at that specification, we assumed it houses a Snapdragon 750 chipset with Andreno 619 GPU. The device scored 298 points in a single-core test and 1001 points in multi-core scoring. 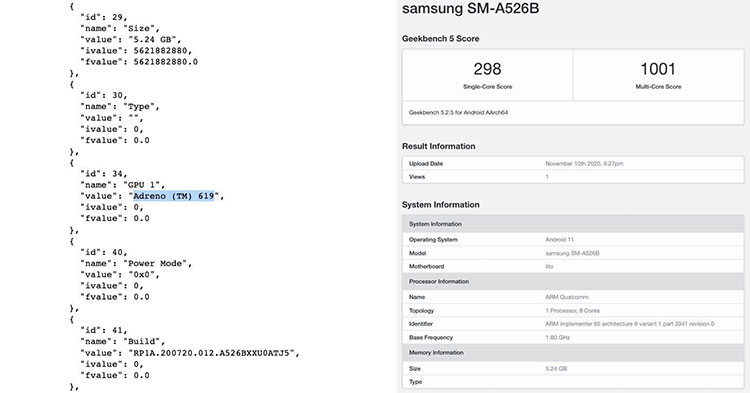 That’s the specifications of the phone we have so far. However, the GalaxyClub did leaked that the Samsung Galaxy A52 will retain its predecessor’s quad-camera setup but with an upgraded 64MP main sensor while remaining the same ultrawide angle lens, macro lens, and depth sensor.

Either way, there is still no official confirmation on thee tech specs and release dates, so do take this with a pinch of salt. But what are the upgrades you hope to see in the Samsung Galaxy A52 5G? Let us know at our Facebook and stay tuned for more tech news updates on TechNave.com