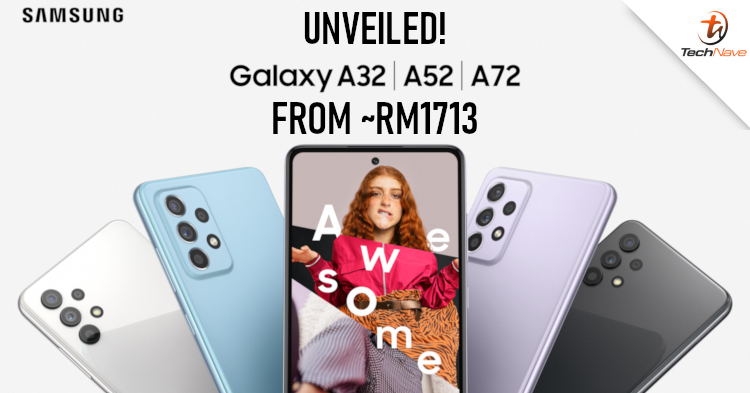 Samsung has officially announced the Samsung Galaxy A52, A52 5G and A72 smartphones at the price of 349 Euros (~RM1713), 429 Euros (~RM2106), and 449 Euros (~RM2204). As of now, there is no official information in regards to the Malaysia release date and local pricing so you will have to check back with us for more information about it in the future.

In terms of the tech specs, the Samsung Galaxy A52 comes equipped with the Qualcomm Snapdragon 720 chipset, 8GB RAM, 256GB ROM, 6.5-inch FHD+ Super AMOLED 90Hz display, as well as a 4500mAh internal battery that supports up to 25W fast charging. Camera-wise, it has a 64MP + 12MP + 5MP + 5MP rear camera which supports up to 10x digital zoom while the front has a 32MP selfie camera. There’s also the A52 5G variant which is exactly the same as the A52 except it has a 5G capable chipset and a 120Hz display instead of a 90Hz. 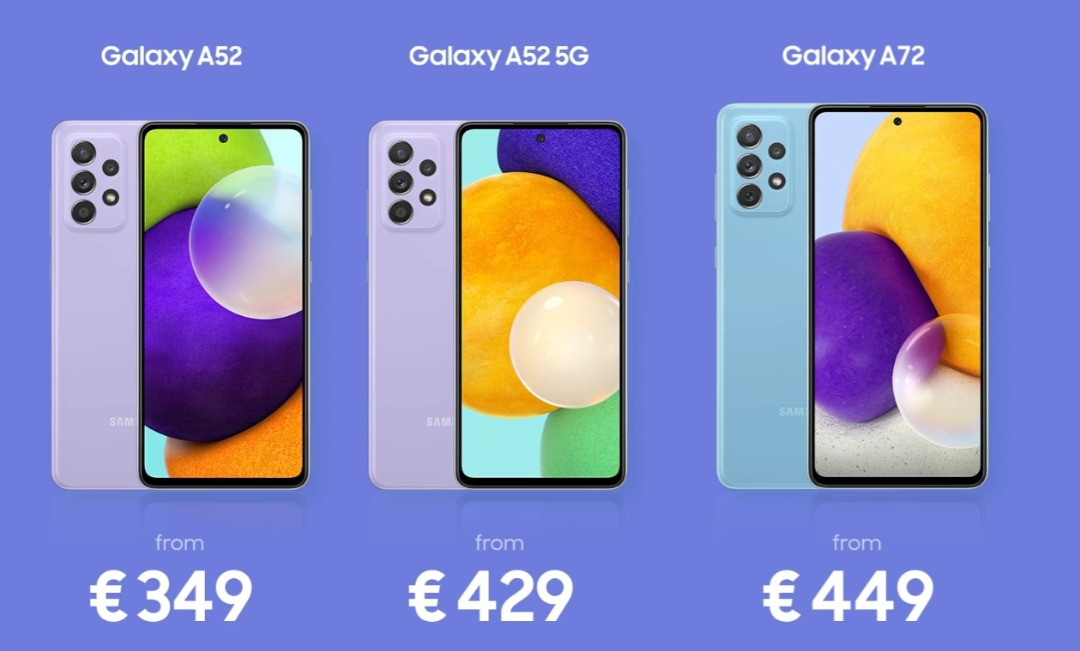 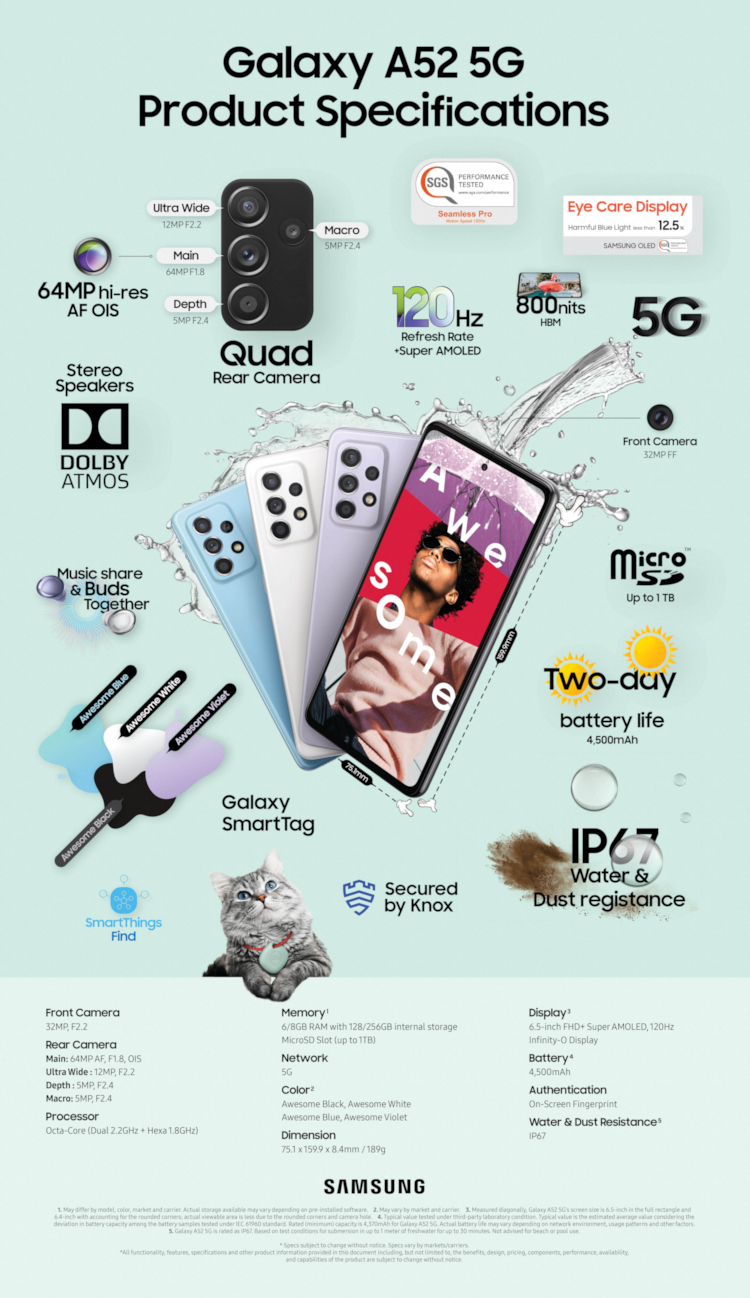 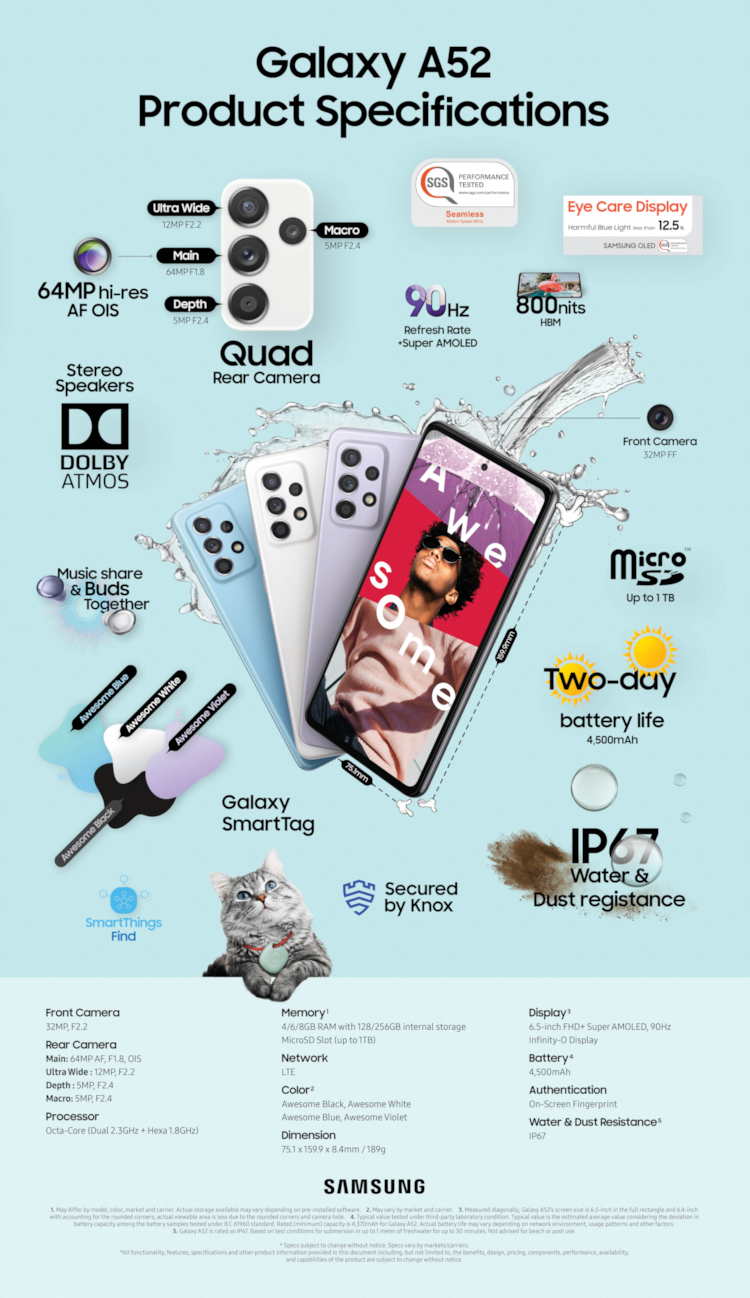 As for the features, both the smartphones mentioned have the 4K video snap capabilities which lets you take 8MP pictures while recording 4K videos. Also, they come with the scene optimizer feature that can optimize up to 30 different scenes in order to give you the best picture possible. 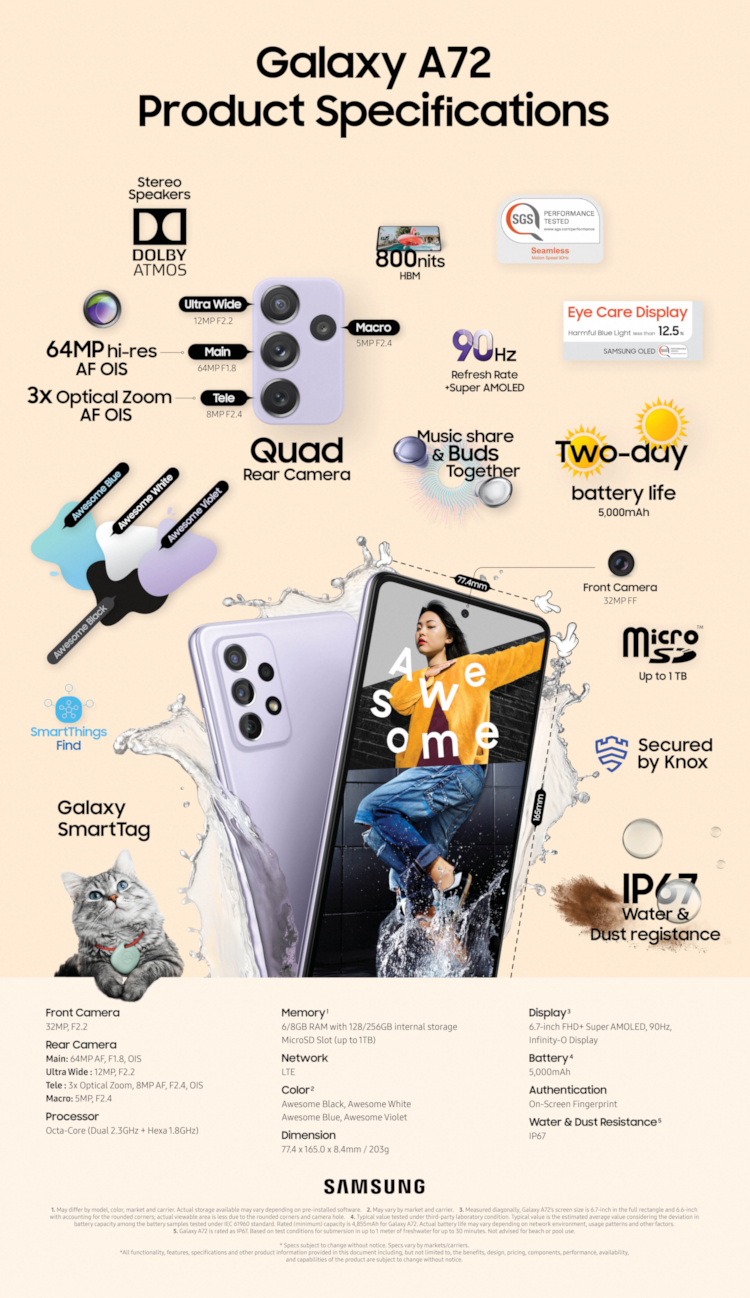 All the smartphones mentioned will be available in Awesome Violet, Awesome Blue, Awesome Black, as well as Awesome White colour schemes. With all that said, would you be interested in getting the Samsung Galaxy A52, A52 5G, or the A72 as soon as it is available in the local market? Let us know on our Facebook page and for more updates like this, stay tuned to TechNave.com.