Samsung Galaxy M11 has been launched secretly on Samsung's website 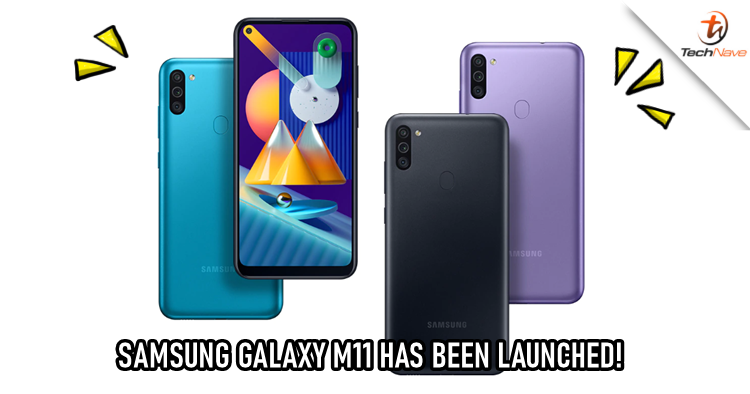 We’ve seen the leaks of Samsung Galaxy M11 surfacing online only a few days ago. Today, the budget smartphone has been secretly launched by Samsung without any event. The Samsung Galaxy M11 that comes with an Infinity-O display has been officially uploaded to Samsung UAE’s website.

The Samsung Galaxy M11 is equipped with a 6.4-inch LCD that comes with HD+ resolution. It packs an octa-core CPU that is clocked at 1.8Hz and supports 3GB/4GB of RAM as well. For the chipset, the company still hasn't announced it yet on the website. Other than that, the device’s storage comes with two options of 32GB or 64GB, you can also expand it as there’s a slot for a microSD card. For photography, the Galaxy M11 houses a triple-camera setup at the back. The main one appears to be a 13MP f/1.8 sensor, with a 5MP f/2.2 ultrawide angle sensor joining the game. As for the third one, it is a depth sensor that is tasked with improving portrait shots. The device can also record videos with a limit at [email protected] fps. For selfie, it comes with an 8MP f/2.0 front-facing camera with fixed focus.

Other than that, it also packs a considerably huge 5000mAh battery that can be charged through a USB-C port. Connectivity options like Bluetooth 4.2, 3.5mm audio jack, and WiFi b/g/n at 2.4GHz will be available on the device as well. Last but not least, the Galaxy M11 unsurprisingly only supports up to 4G, and you can use two SIM cards with the device to switch between your networks easily.

Let us know what you think about the launch of Samsung Galaxy M11 on our Facebook page. Stay tuned to TechNave.com for more smartphone launches.