Current Location: Home > News > Samsung Galaxy M31s will continue the legacy by having a 6,000mAh battery

Samsung Galaxy M31s will continue the legacy by having a 6,000mAh battery 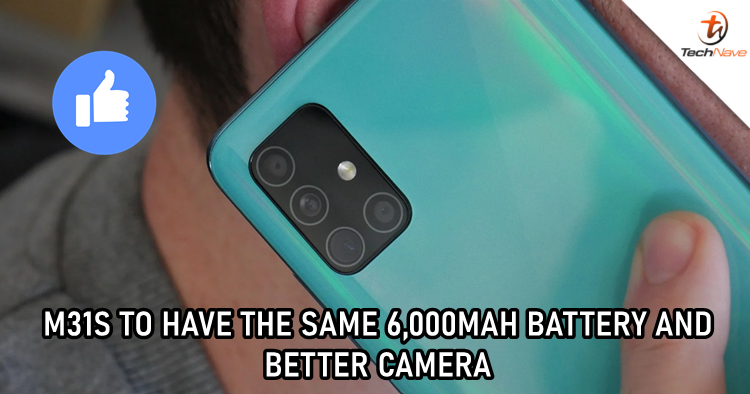 Samsung is bringing a new successor to its budget smartphone Galaxy M31, and they are naming the new device Galaxy M31s. According to the database of TUV Rheinland, the Galaxy M31s is going to continue the legacy from its predecessor by featuring a huge 6,000mAh battery.

Other than the 6,000mAh battery has been confirmed, the Geekbench test result leaked earlier has also revealed the same Exynos 9611 chipset and 6GB RAM. It is also expected to be running Android 10 with Samsung's One UI.

It is mentioned that the M31s will not be having a big upgrade. Furthermore, the successor is probably going to feature a better camera setup which includes a 64MP main camera in which was reported earlier. Last but not least, the model is expected to launch in India in July 2020 and could be made available in other regions as well. Therefore, that would be the time for us to find out what the other new features that the device packs instead of just the camera upgrade.

Let us know what you think about the upcoming Samsung Galaxy M31s on our Facebook page. Stay tuned to TechNave.com for more latest smartphone updates.