Current Location: Home > News > Samsung Galaxy Note 10+ supports 45W fast charging but you may not get it in the box 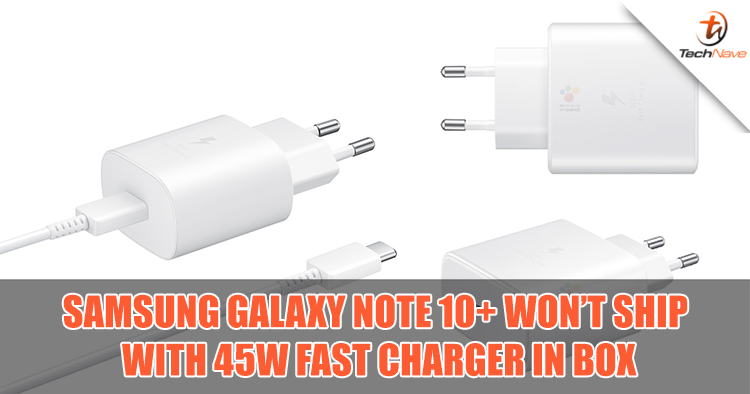 It's great news that the Samsung Galaxy Note 10+ supports fast charging but there’s one problem: The 45W fast charging brick will not ship in the box alongside the smartphones. If users want the feature, they’re gonna have to purchase the chargers separately.

According to leaks, the charger will be using a USB-C port. Its design is white with a matte finish and made out of plastic. From images, the charging brick is noticeably larger than Samsung’s previous chargers. It is likely that the charger may be priced at 49.99 Euros (~RM236) in Europe but as European pricing is usually pricier than Malaysia, it may be more affordable here which is a slight relief. 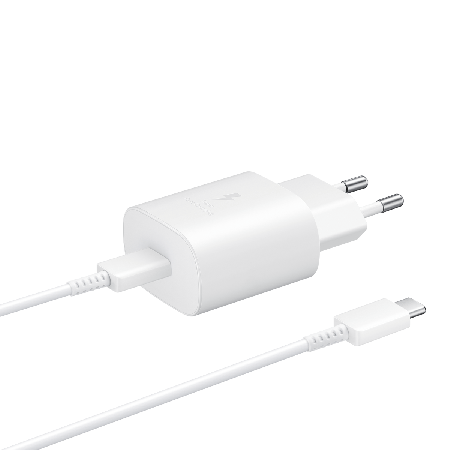 Samsung could be facing some backlash for this move (doesn’t this kinda remind you of something Apple would do?). However, it isn’t all that bad because the Note 10 series will be shipping with the 25W fast charger in the box which is already pretty fast in Samsung’s usual standards.

The Samsung Galaxy Note 10 series was announced earlier and will be launched in Malaysia later today. It features some pretty cool tech specs and features which include the brand new EUV Exynos 9825 chipset, AR Doodle, bokeh effect videos and more. Would you shell out some extra bucks for the 45W fast charger? Keep up with the latest Samsung news on TechNave.com!