Samsung Galaxy Note 20 Plus to come with 108MP camera and 50x zoom? 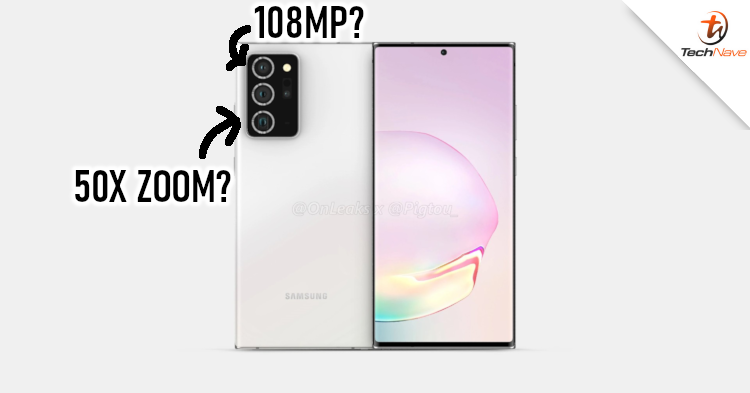 Based on a statement by ice universe on his weibo account, it seems that the upcoming Samsung Galaxy Note 20 Plus smartphone will most likely come equipped with Samsung’s Isocell Bright HM1 108MP camera which utilizes a nona-binning technology. Other than that, the main camera will be accompanied by a 13MP periscope sensor with up to 50x zoom as well as a 12MP ultra-wide image sensor.

Furthermore, the user also added that Samsung will most likely ditch the ToF sensor with a Laser focus sensor instead. With all that said, do take some of the information with a grain of salt, due to the fact that Samsung has yet to provide an official statement on the leaks.

Not only that, but there’s no news on the Malaysia release date, complete tech specs and local pricing for now. Would you be interested in getting the Samsung Galaxy Note 20 series as soon as it is available in Malaysia? Let us know on our Facebook page and for more updates like this, stay tuned to TechNave.com.