Fan Edition or Lite, the device was spotted with a model number SM-G781B on Geekbench. It features a Qualcomm Snapdragon 865 chipset with a score of 737 for single-core test and 2,619 for multi-core test. Surprisingly, the device comes with a 6GB of RAM that is lower than the entire Galaxy S20 lineup, even lower than the previous Galaxy S10 Lite. It is unsure if other variants will be made available when at launch. 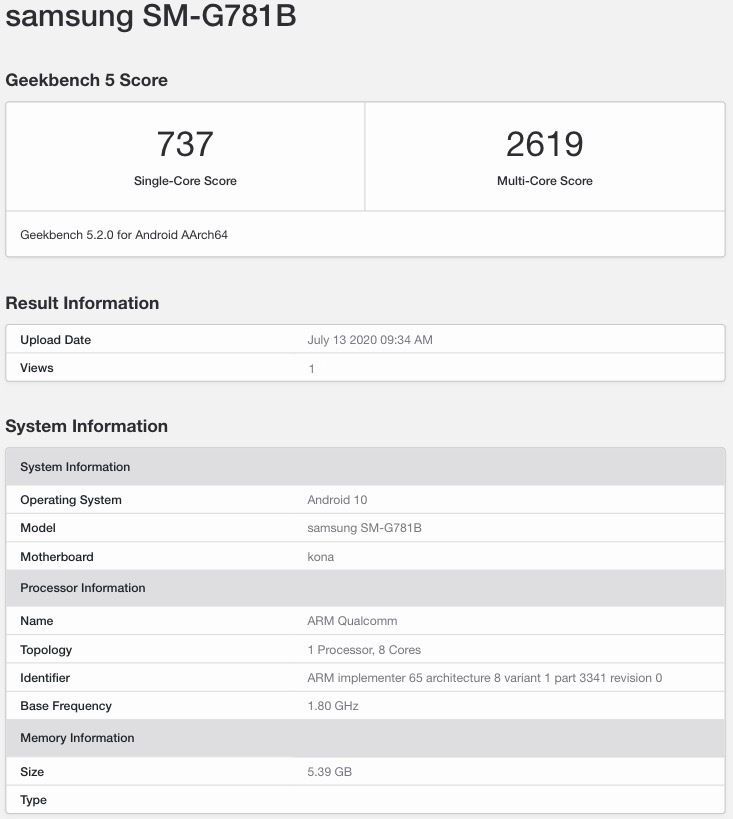 The Lite version of the Samsung Galaxy device is maintaining a great balance between flagship-level tech specs and affordable prices. Not only that, but the Samsung Galaxy S10 Lite was the only smartphone provided with Snapdragon chipset globally. Therefore, we are glad to see that the Korean tech giant is continuing to do what they did.

Let us know what you think about the Samsung Galaxy S20 Fan Edition/ Lite on our Facebook page. Stay tuned to TechNave.com for more exciting tech news.