We've seen lots of renders of the Samsung Galaxy S22 devices. Recently, the live image of vanilla Galaxy S22 also got leaked. Now, it might be the first time we have a look at the actual Galaxy S22's design, as an alleged official promotional poster appeared out of a sudden.

The poster came from LetsGoDigital that distributed most of the Galaxy S22 renders. If it turns out to be accurate, the upcoming Galaxy S22 series will adopt a camera bump similar to the Galaxy S21 lineup. Not only that, but the poster also has an S Pen in it, which hints that the Galaxy S22 Ultra will continue to support the accessory. However, we can't see any S Pen slot from this angle. 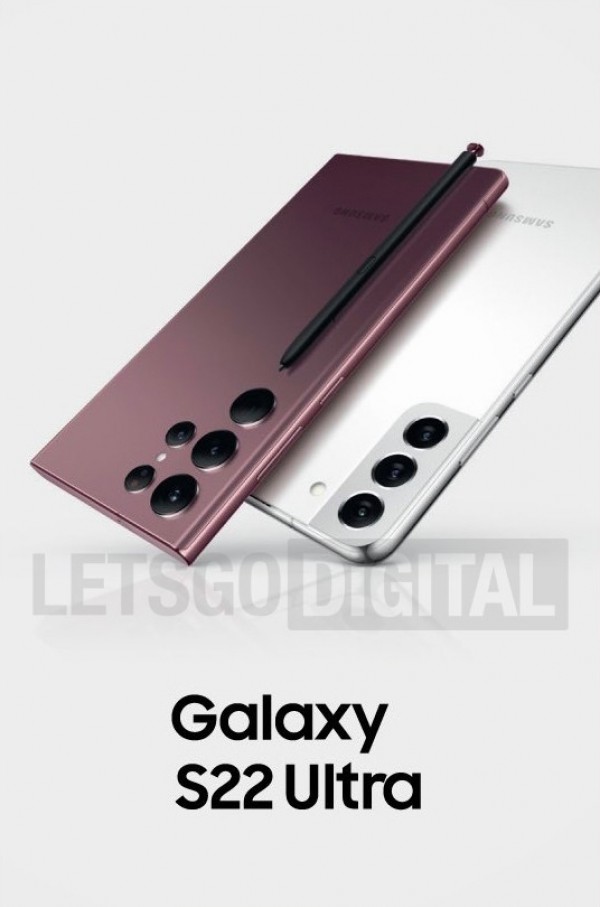 Earlier, there was also a report claiming that there won't be a Galaxy S22 Ultra next year, as it would get replaced by a new model called Galaxy S22 Note. Fortunately, we're getting closer to the launch, and we'll find out if it's true soon.

What do you think about the devices' design from the poster? Leave a comment to let us know your thoughts and stay tuned to TechNave.com for more smartphone reports.