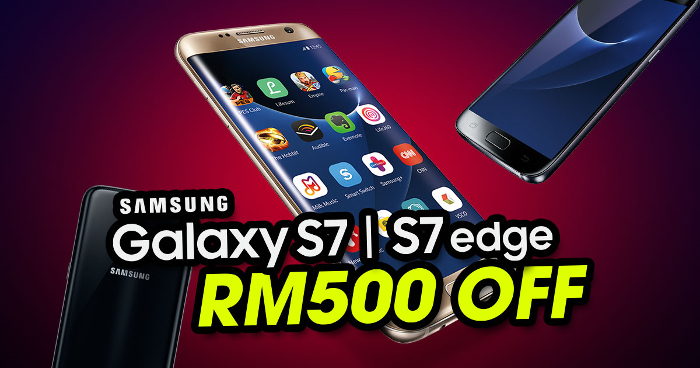 Update: This promotion has been offcially confirmed by Samsung Malaysia. It is redeemable via mySamsung app and available at all Samsung Experience Stores and authorised dealers. The promotion is valid from today onwards till 9th April 2017.

According to Mr Anonymous the Samsung Galaxy S7 and Galaxy S7 edge will have RM500 price cuts to the original pricing. This means that the new price will be as follows:

Our own unofficial listings have both devices for much lower than the official RRP, but we expect that this official price cut could see some decreases to our current lowest price listings (Galaxy S7 at RM2129 and Galaxy S7 edge at RM2399) but it is clear that it is due to the upcoming Samsung Galaxy S8 and Galaxy S8 Plus. Both Galaxy S7 phones are still very good former flagship phones though, so if you're looking to get either one, wait a bit more and see if the price cut will take any effect.

Would you be interested in getting the Galaxy S7 or Galaxy S7 edge over the Galaxy S8? Discuss below and stay tuned to TechNave.com