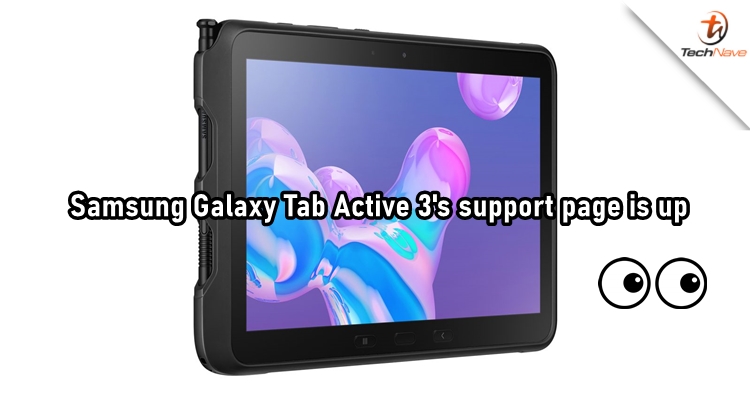 Earlier, the news has surfaced saying that the Samsung Galaxy Tab Active 3 will be launched with three variants that have different connectivity settings. Besides that, not much information has been given regarding the design and the tech specs of the upcoming tablet. Today, an official support page for a product that has the model number SM-T575 has appeared and it's one of the three mentioned variants.

The support page was found on both Samsung's UK and German websites and it's for the LTE variant of the Galaxy Tab Active 3. However, other than some random questions on the tablet which hasn't been released yet, the site has remained quiet about the tech specs. 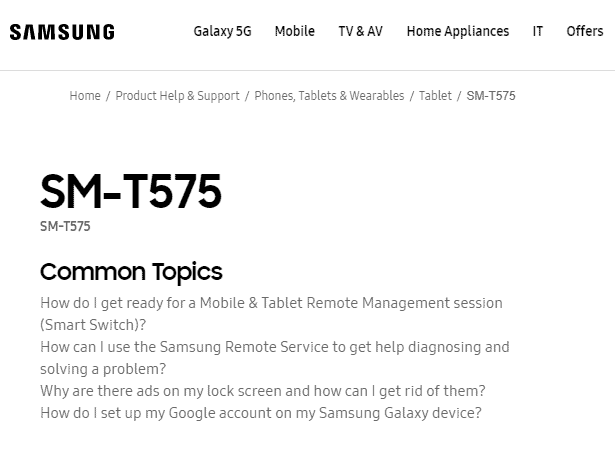 Fortunately, the device has actually shown up on Geekbench before and some of its tech specs were revealed. It is expected to feature an Exynos 9810 chipset paired with 4GB of RAM. The tablet has even scored 723 points in the single-core test and 2,085 points in the multi-core Geekbench test. For the look, the rugged tablet measures roughly 215 x 130mm which is quite identical to its predecessors.

Let us know what you think about the Samsung Galaxy Tab Active 3 on our Facebook page. Stay tuned to TechNave.com for more exciting tech news.