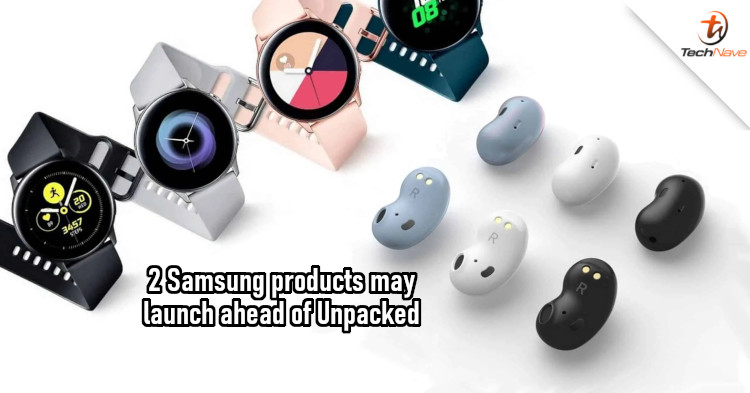 The next Samsung Unpacked event this year may be an online one, but it's going to be a packed one. Pun aside, the event that is expected to be held in August was originally thought to be the only launch. But sources claim that Samsung may unveil the Galaxy Watch 3 and Galaxy Buds Live in July.

According to Sammobile, both the upcoming smartwatch and TWS (true wireless stereo) earbuds will be launching ahead of Samsung's other new products in July. They will then officially be available on the day Samsung launches its new devices at the Unpacked event. It's believed that the Galaxy Buds Live, which was originally thought to be the Galaxy Buds X a while back, will be bundled along with one of the new phones.

Both products have features that people would appreciate. For the Galaxy Watch 3, it's going to see the return of the beloved physical rotating bezel and will have a more premium variant with a titanium body. Then there's the Galaxy Buds Live, which will come with active noise cancelling.

Of course, do take the rumoured early launch with a pinch of salt. While Sammobile's sources tend to be reliable, we never know when things could get delayed these days. We'll keep an eye out for on this rumour, so stay tuned to TechNave.com for further updates!