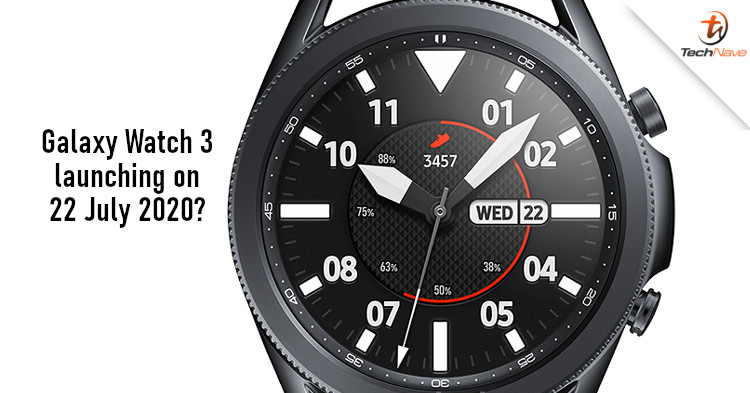 When it comes to Samsung products, you usually don't have to wait until it officially launches to know more. Leaks of the Galaxy Watch 3 have been appearing regularly, with the full render of the wearable revealed recently. Now, there are rumours on the estimated pricing and release date.

According to Android Authority (via Evan Blass), the Samsung Galaxy Watch 3 is likely to be launched on 22 July 2020 (Wednesday). Previously, it was suggested that Samsung planned to release the Galaxy Watch 3 and Galaxy Buds Live in July before the Samsung Unpacked event in August, so this rumour lines up with that.

What's a bit hard to accept is the rumoured estimated pricing for the Galaxy Watch 3. When asked, Evan Blass claimed that the pricing of the wearable would be from USD 400 to 600 (~RM1714 to 2571). That's a significant increase over the Galaxy Watch that was priced at RM1199 and RM1299 for the 42mm and 46mm model respectively.

Samsung needs to pack it full of features to make it worth that kind of price tag. With that said, what do you think about the rumoured launch date and pricing? Let us know on our Facebook page and stay tuned to TechNave.com for more news.