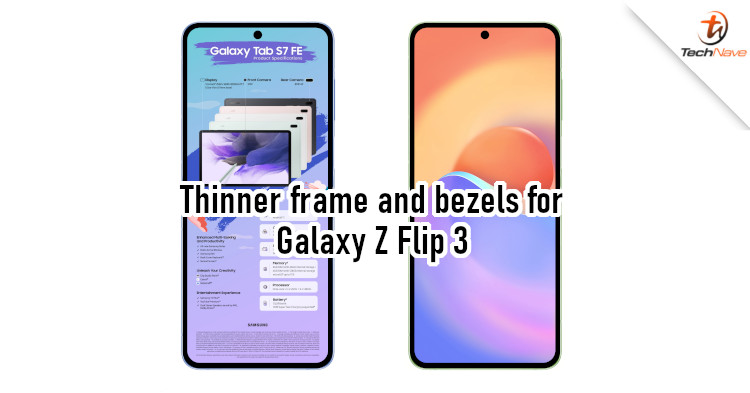 Last month, there was a leak showing off the outside of the Samsung Galaxy Z Flip 3. It sported a smaller secondary display and support for an S-Pen, which none of the previous models had. Now, we're also getting a look at what the front would look like.

Thanks to Ice Universe, we have some renders showing the front of the Samsung Galaxy Z Flip 3. According to the leaker, the device will have very thin 3.8mm bezels. It's also going to have a thinner metal frame and won't have a metallic look and feel to it. This suggests that Samsung could either opt for a matte finish or mix in some glass and plastic for the frame. You can also see that it has a punch-hole front camera. 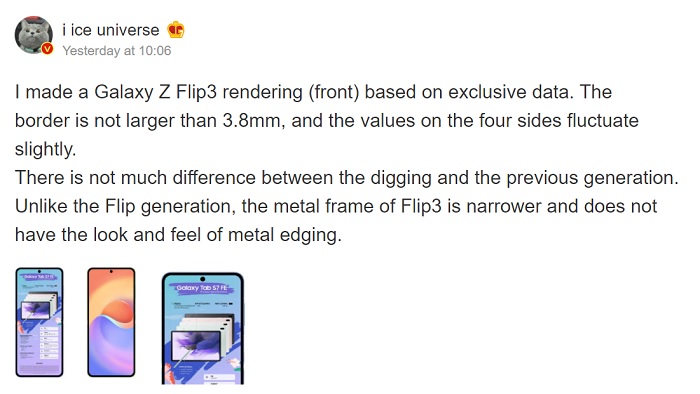 Previous leaks also gave us a hint of what the new model could have. The Galaxy Z Flip 3 could come with a dual-camera setup at the back, a 3300mAh battery, and a 15W fast charger. Allegedly, there won't be any wireless charging, which rules out the possibility of a glass back.

Anyway, a lot of the above is still unconfirmed, so do take the news with a healthy pinch of salt. Having said that, what do you think of the render showing the front of the device? Let us know in the comments, and stay tuned to TechNave for more news about this phone.