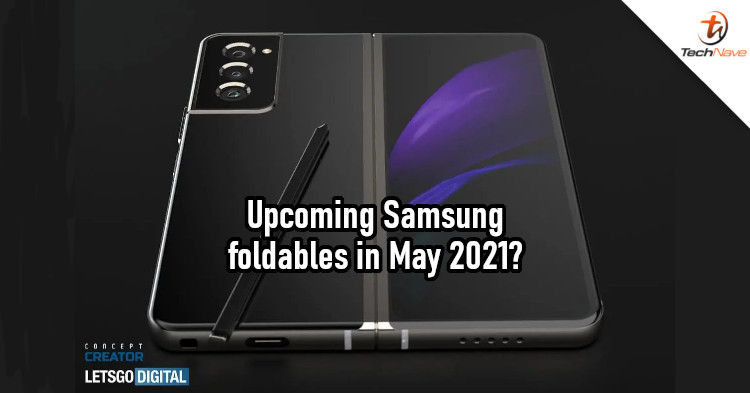 Now that Samsung has launched its Galaxy S21 series, it stands to reason that other news will start to pick up. We haven't been hearing much about the company's upcoming foldable devices, but there are some rumours about them now. It would seem that we're looking at another early launch.

The Galaxy Z Flip 2 and Fold 2 unveiled in August of last year, but separate sources claim that their successors could launch as early as May 2021. If not, then it could launch in July 2021. Allegedly, we might not see too many changes on the designs. However, there could be an improved hinge that will help reduce the folding crease.

If you look at renders for the Z Fold 3, it's supposed to come with three cameras at the back and S-Pen support. It's the same for the Z Flip 3, which now shows a rear camera design identical to the one on the Galaxy S21 series too. Both devices are also expected to have OLED displays that have a refresh rate of 120Hz.

Bear in mind that nothing has been confirmed or even teased yet, so do take the rumours above with a grain of salt. Having said that, what kind of changes or improvements would you like to see from the Z Flip 3 and Z Fold 3? Let us know in the comments and stay tuned to TechNave for more updates about them.