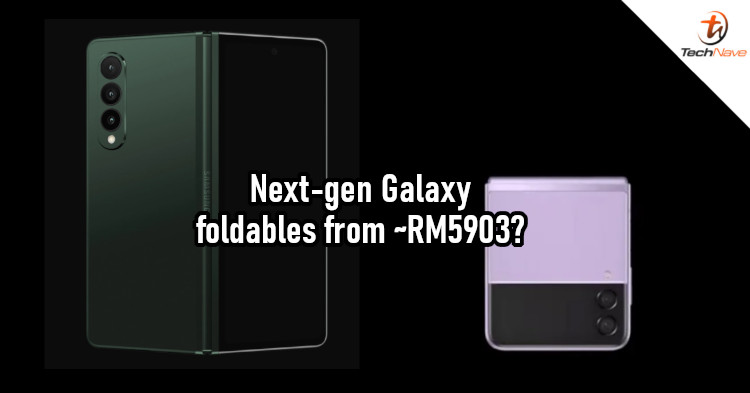 When it comes to new devices, one thing that people would like to know in advance is the price. In June, sources claimed that the Samsung Galaxy Z Fold 3 and Z Flip 3 could be much cheaper than their predecessors. However, European prices seem to show otherwise.

According to GSMArena, alleged prices for the two devices were leaked via online retailer LamdaTek. It shows that the Galaxy Z Fold 3 would be priced at 2031 Euros (~RM10130), while the Galaxy Z Flip 3 will cost 1183 Euros (~RM5903). As mentioned, these prices contradict previous rumours that the prices would be cheaper. They also factor in European taxes, so expect them to be different in other regions.

Besides that, the site shows that the Galaxy Z Fold 3 will be available in 256GB and 512GB storage. On the other hand, the Galaxy Z Flip 3 will have smaller capacities of 128GB and 256GB. Interestingly enough, official skins for the former are already out on dbrand.com. The product page also has the phone's render, which is the same as the ones leaked a few weeks back.

Mind you, these prices probably aren't accurate. Even if they were, they won't apply to Malaysia. For us, we're more likely to see them at rates before European taxes, which would be around 15-20% less than the prices above. But no worries, we'll be keeping an eye out for the pricing, so stay tuned to TechNave.com for further updates.