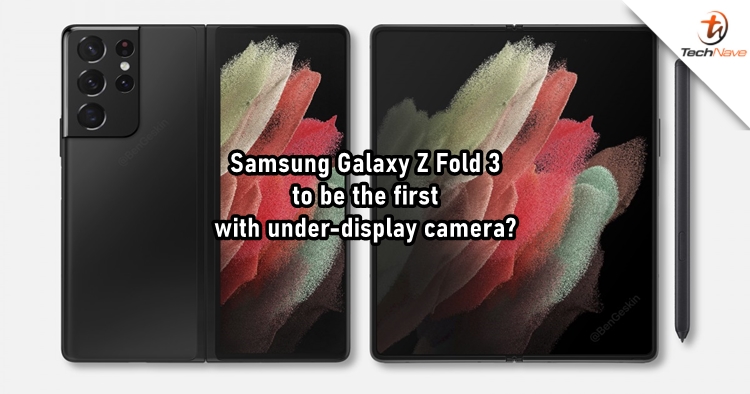 Samsung's next highly-anticipated folding smartphone Galaxy Z Fold 3 has been quite the talk of the town with several rumours surfacing recently. The device's launch was expected to happen in May this year but has later been moved to July according to a new source. Now, the latest rumour has emerged claiming that the Galaxy Z Fold 3 could be the first Samsung smartphone to feature an under-display camera (here we go again!).

This time, the information comes from tipster Ice Universe who is known for sharing reliable smartphone leaks. It is claimed that Samsung has been actively working on the technology past several years. Other than that, he also mentioned that the Korean tech giant is trying to improve the technology to the point where photo quality is at the highest level. Therefore, could that be one of the reasons why the Galaxy S21 series didn't get the technology?

Besides this, a render of the Galaxy Z Fold 3 that surfaced earlier has also excluded the punch-hole cutout that is actively used by Samsung's flagship smartphones. Let's hope that this will finally be the time for us to see the technology delivered by other smartphone manufactures besides ZTE.

Let us know what you think about this news on our Facebook page. Stay tuned to TechNave.com for the latest smartphone updates.