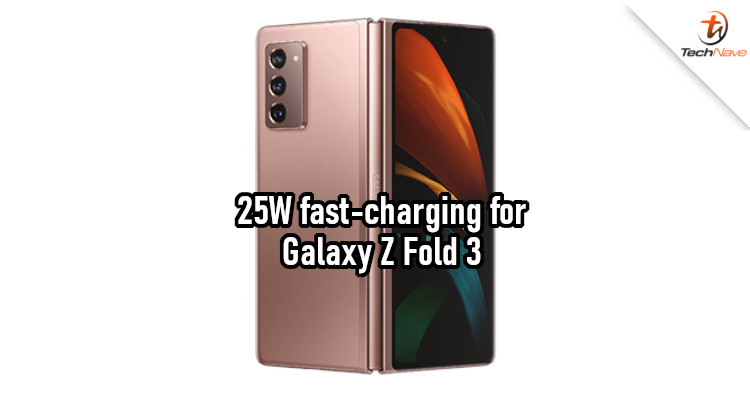 A few weeks ago, rumours suggested that Samsung's new foldable devices could launch in July. That's reinforced by the leaks that have been appearing lately, such as the one about the Galaxy Z Fold 3's camera specs. Now, there's even one about the charging specs.

According to GSMArena, some info on the Galaxy Z Fold 3 has appeared on China's 3C. The certification site now has a record of an SM-F9260 device, which comes with a 33W charger. Speaking of charging, the phone is also supposed to come with a dual-battery setup of 2215mAh + 2060mAh (typical capacity is 4400mAh).

Besides that, the 3C record also confirms that the phone would be a 5G device. The Galaxy Z Fold 3 will most likely feature the Snapdragon 888 chipset like many have predicted. Of course, the Exynos 2100 is also a 5G chipset, so some regions could still get that instead.

With this many leaks of the Galaxy Z Fold 3 popping up, a launch in July 2021 is quite possible. Having said that, what else are you expecting to see from the new model? Share your thoughts in the comments below, and stay tuned to TechNave for more updates about the phone.