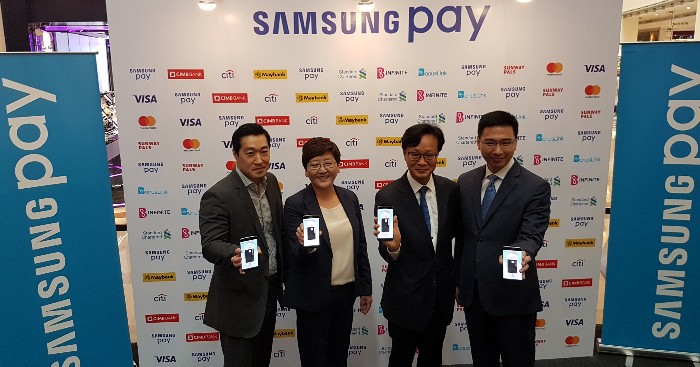 After the preview with Maybank and Samsung Pay, Samsung Malaysia Electronics has officially launched their contactless electronic wallet Samsung Pay for more Samsung phones (Samsung Galaxy S7, Galaxy S7 edge, Galaxy Note5, Galaxy S6 edge+, Galaxy A7 2016, Galaxy A5 2016, Galaxy A5 2017 and Galaxy A7 2017) and more supported banks. While Maybank is still the only bank that supports debit and prepaid cards, CIMB, Citibank and Standard Chartered credit cards are now supported on Samsung Pay. Hong Leong bank is expected to join the pack shortly with other banks set to join up eventually.

Check out what went on at the launch!

Apart from banks, Samsung Pay will also support loyalty cards as well and so far this includes B Infinite, Bonuslink and Sunway Pals. In the meantime, Samsung Malaysia Electronics launched the event roadshow at KLCC Centre Court until 28 February 2017 with a number of promotions including: 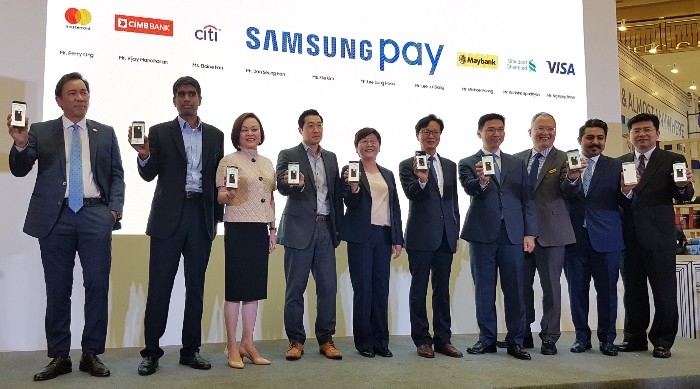 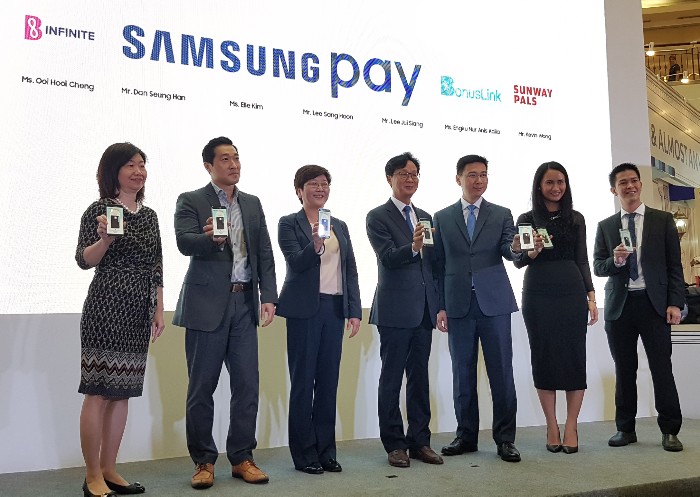